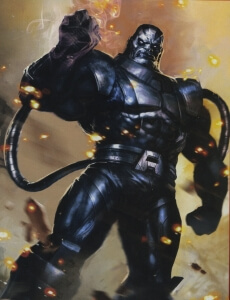 but there is already word on what the franchise’s future will behold!

Singer has confirmed via his Twitter account that the next X-Men film, supposedly subtitled Apocalypse, will be released in 2016!

“Apocalypse” should be a name familiar with X-Men fans, since he’s chronologically the world’s first mutant – born in 3000BC under the name En Sabah Nur, he used advanced technology to conquer for an eternity. His most popular comic storyline, and said to be the basis of this forthcoming film, is The Age of Apocalypse which was set in a parallel world where Professor Charles Xavier was murdered before he formed the X-Men. That led to an entirely different band of mutants being trained under Magneto in a post-apocalyptic future.

Given the time-travel elements being introduced in Days of Future Past, this seems like it would fit within the timeline of the franchise and should be a welcomed addition to the film series.

Of course, nothing other than the title, the May 27 2016 release date and Singer’s involvement probably as director, not much else is known about X-Men: Apocalypse and how it intends to add to what we have seen before. All we know for now is that it’s coming, and should be a huge project for comic-book fans everywhere to keep their eyes close to…