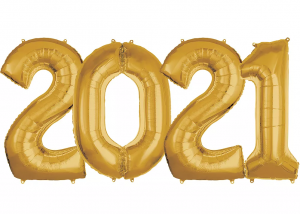 So, 2021 is almost over, and while it’s not been quite as bad as 2020, it’s still been a tough ol’ time for the movies. Plunging straight back into lockdown within the first few days of January was bad enough, but the agonising wait until the re-opening of cinemas in May was painful to say the least, with streaming and on-demand once again playing host to big-budget Hollywood fare like Godzilla vs. Kong and Raya and the Last Dragon, which really are meant to be seen on the big screen instead of at home.

The good news, however, is that since cinemas finally did open up their doors, business has been booming. We finally saw the release of long-delayed blockbusters like No Time to Die, Black Widow, Free Guy and more, all of which brought in audiences everywhere (albeit with slight hesitation by those uncertain about COVID-19 regulations) and ensured that the cinema does indeed have a bright future in this ever-changing climate.

But now that this wacky, sobering year is coming to an all-too-soon close, we must once again determine which of the many, many films to be released left enough of an impression to feature on our end-of-year lists. Things have been a little different ever since we began using our new grading system to determine a film’s quality, and so far it’s worked out pretty well with opinions not only being easier to narrow down, but far less generalised and vague. We hope to continue with this fun new system in the years to come, especially when it makes compiling our end-of-year lists significantly easier than ever!

So, let’s get to 2021’s lists – starting, as always, with the absolute worst of the year, the total embarrassments and undercooked misfires that plagued our rollercoaster of a twelve-month period. This year, we’ve got some particularly foul stinkers, and we can’t wait to skewer them once more!

But first, a brief(ish) recap on how our lists work: films are only eligible if they were given an original UK release between January 1st and December 31st 2021, meaning that it has to have been out in the UK between those dates in order to qualify without being released elsewhere in the world beforehand (this includes cinema, on-demand or streaming releases). Normally, this means a lot of last year’s awards contenders wouldn’t make it on, and in some cases that still has happened – Sound of Metal and The Father, for instance, received releases in other countries late last year before their UK release date in 2021, and are therefore ineligible – but since the Oscars’ eligibility period was extended for April’s ceremony, with some of the most formidable contenders being released up to the end of February this year, that means you may well indeed see one or two certified Oscar-winners grace at least one of these lists! However, the ineligibility also extends to any movies that may have been reviewed on this website during film festivals or early advance screenings, but do not have an official UK release until next year – so bad news for movies like The Souvenir Part 2 or The Tragedy of Macbeth, which as of writing are due out within the first few months of 2022, either in cinemas or on streaming/on-demand. Also, it goes without saying, but episodes of TV series covered by this website (basically, any of the Marvel shows on Disney+) are not counted towards the final lists, which are unfortunately reserved for just movies.

One last thing to do before we can finally start counting down the Worst Movies of 2021, and that’s to give a shout-out to the movies which weren’t very good, but still managed to miss out on the final list. So, in no particular order, commiserations to the following movies:

And now, at last, let’s kick off our list with…

Although the first film in the action-comedy series – which paired Ryan Reynolds with Samuel L. Jackson as disgruntled bodyguard and wisecracking assassin respectively – wasn’t particularly great, it was at least harmless enough to get away with a lot of its over-the-top nonsense. Not the case with its sequel, which took things way too far in replicating the bonkers spirit of the first, with disastrously obnoxious results.

Both Reynolds and Jackson, now paired with a screaming Salma Hayek for the entire movie, could only bring so much to a chaotic script with an incomprehensible plot, under choppy direction that features some of the year’s most out-of-control editing, and most underwhelming of all a light basket of actual fun to be had in the middle of all the insanity. It is a textbook example of how not to make an over-the-top action sequel, one that relies heavily on its star power for any scrapings of charm in an otherwise charmless experience.

For a movie that not only has those big-name actors, but also Antonio Banderas as a Greek mafia boss named Aristotle Papadopoulos, and Morgan Freeman as part of the film’s only funny gag, it’s a serious waste of explosive talent…

The Hitman’s Wife’s Bodyguard is now available to rent/buy on digital platforms, including Amazon Prime Video.

Sky Cinema was home to a number of original movies this year, including Oscar contenders Promising Young Woman and The United States vs. Billie Holiday, but unfortunately there were a few stinkers among the lot. Twist, for example, might not be the overall worst (see further down this list to find out what is), but it’s certainly the most embarrassing.

A modern, youth-driven take on the classic Charles Dickens story of Oliver Twist, this is the exact personification of that Steve Buscemi “How you doin’, fellow kids?” meme, a product conjured up by middle-aged producers in an attempt to appeal to the teen demographic so hard that it almost feels like reverse psychology. The pandering throughout is woeful, with trite dialogue and thin characterisations that barely feel like they were lifted from classic Dickens material, not to mention an extremely lazy heist movie plot where Michael Caine can’t even be bothered to stand up for 80% of his screen-time (then again, he is in his late 80s, so maybe this inactive role was a blessing for him).

Thankfully, this came out at the very start of an already rocky year, so it quickly got buried by all the other turds, only to be dug back up one last time for a spot on this list, and then put back in the ground where it belongs. Either way, you’ll definitely not be wanting more…

Twist is now available to stream on Sky Cinema and NOW.

This year, the Sopranos prequel The Many Saints of Newark debuted to mixed reviews and underwhelming box office, but it was far from the year’s least impressive gangster flick. That “honour” goes to The Birthday Cake, a movie where nothing happens and is even less worthy of your time.

Shiloh Fernandez, who co-wrote the film in addition to starring, spends the entire movie trying to deliver a cake to gangster Val Kilmer (whose presence in the movie is upsetting and exploitative given his very noticeable bout with throat cancer during filming), with random pieces of filler throughout in order to get it to feature length, along with pointless expository narration from a completely wasted Ewan McGregor as a priest. Nothing ever sucks you in, not a performance nor a line of trite dialogue, in a film that’s clearly emulating the Pulp Fiction structure with the pressure-cooker tension of Uncut Gems, and ultimately failing at both while also lacking its own exact identity.

There’s little else to offer from this film other than how much of your time feels wasted upon watching it, in a pointless movie where nobody learns any lessons or even has a reason for being. Don’t take the plate if anyone ever offers you a slice…

The Birthday Cake is now available to rent/buy on digital platforms, including Amazon Prime Video.

Oddly enough, the worst movie this year with the title Red Notice wasn’t the mediocre Netflix blockbuster, but instead this unpleasant and occasionally dangerous Die Hard clone that appears to celebrate psychopathy and toxic masculinity to unfathomable degrees.

Sam Heughan portrays the Andy McNab hero Tom Buckingham (a name so British it’s surprising he doesn’t come with his own Beefeater’s hat with a scone in one hand and a cup of tea in the other), as he flexes his big muscles and Bruce Wayne-like wealth in a siege underneath the English Tunnel where, of course, his girlfriend happens to be held hostage by an unthreatening Ruby Rose. The results are generic and forgettable enough already, but it is the film’s promotion of cold-blooded and emotionless murder from our supposed hero, and its enabling by characters who are by the end supporting his cause in killing every last criminal, that leaves a particularly rotten taste in the mouth, especially after a year that’s seen so much nastiness in the news and our own police force.

But still, nothing can compare to the hilariousness of the British-and-proud name of Tom Buckingham – a sequel that pairs him with all-American hero Freedom McDonalds would be worth the dread…

SAS: Red Notice is now available to stream on Sky Cinema and NOW.

Heavily delayed (and that’s even before the pandemic), and at one point deemed “unreleasable”, we all saw the signs that Doug Liman’s adaptation of Patrick Ness’ YA novel Chaos Walking would be a complete disaster. What we didn’t know was that it was way more ill-advised than any of us could have predicted.

Take away, for a moment, the conventional dystopian future setting, the young leads (poor Tom Holland and Daisy Ridley), Mads Mikkelsen’s underdeveloped villain, and all the other tropes of a typical bad YA movie. The problem is that the main concept for this film revolves around Tom Holland’s thoughts being broadcast at all times via some awful purple CG clouds, which means that neither he nor any other person here completely shuts up to let actual moments happen. It is aggressively annoying, and takes the movie from just being plain bad to an almost unbearable viewing experience.

It really would have just been forgetfully bad if it weren’t for that one aggravating detail which makes it a stern reminder as to why YA movies just aren’t around anymore. Perhaps the filmmakers should have heeded the warning that their movie was “unreleasable”…