The Sparks Brothers (Review) – The Greatest Fan Documentary Ever? 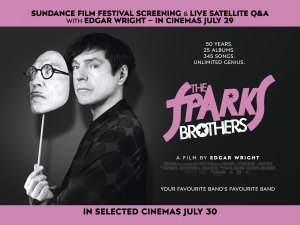 BASICALLY…: The legacy of musical brothers Ron and Russell Mael, known collectively as Sparks, is explored in great detail…

For his first documentary, Edgar Wright has chosen a subject that could not be more in his wheelhouse if it tried. The band Sparks, consisting of brothers Ron and Russell Mael, are a fascinatingly eccentric duo; they’ve been making music as early as the mid-to-late 60s and are still going strong, with an iconic look that can only be described as Brian May going on tour with Adolf Hitler, and producing songs that are, at best, nonsensical to the extreme. They’re far from the mainstream crowd, and that’s exactly what Wright wants to highlight in The Sparks Brothers, which is perhaps the most high-profile, and certainly entertaining, fan documentary ever made.

Wright’s film takes us on a unique journey through the decades-long career of the Maels, with a combination of black-and-white interviews with the brothers themselves and either archive footage and photographs or rambunctious animation telling their story. We learn that, as children, a fascination for both music and movies helped inspired the duo to give the whole music thing a try for themselves, and after a number of false starts (only the beginning of such a pattern for the next fifty-odd years) they finally broke through with a characteristically odd appearance on Top of the Pops in 1974, where their odd appearance – again, picture Brian May performing with Hitler – combined with the catchy medley of “This Town Ain’t Big Enough For The Both Of Us” ignited an immediate cult following. Wright and the Maels then go on to describe the numerous highs and lows of their career ever since that fateful TV slot, accompanied by extra interviews with former band members, managers, collaborators, and fans from all walks of life, including fellow musicians like Beck and “Weird Al” Yankovic along with other famous fans including Neil Gaiman, Mike Myers, Jason Schwartzman and Jonathan Ross.

When you break it down, The Sparks Brothers is just two hours and twenty minutes of people basically gushing over their favourite band, but overlong running time aside it’s the kind of indulgent fan project that is clearly made out of hardcore love and respect for not just Sparks themselves, but the against-all-odds success story that they have embodied throughout their long career. Wright presents both Ron and Russell Mael as musical mavericks, who often refused to conform to the expectations of listeners and conservative record labels, and always made the kind of music that they, and possibly only they, wanted to hear; their deadpan, tongue-in-cheek approach is further proven when, under pressure to produce a song that people can dance to, they ended up releasing a single simply called “Music That You Can Dance To”. More inspiringly, across their 25 studio albums and approximately 300 songs, they never settled for just one voice, constantly adapting their own sound and style to fit the changing times around them, from experimenting with synthesisers in the 80s to producing slightly more contemporary collaborations with the likes of Franz Ferdinand in the 2000s. The film does well at not only making you interested in their incredibly unpredictable career, but also making you really care about them; despite their unorthodox style, the Maels come across as genuine artists with their integrity and humanity still intact, with even former band members harbouring zero grudges about how things ended with them because it was often a case of nature taking its course rather than any real fallouts. As easy as it would have been for Wright and his numerous collaborators to just sit in front of a camera and talk non-stop over their love for the band, it does take enough time to admire them as the pleasant and down-to-earth human beings that they apparently are.

In typical Edgar Wright fashion, the film is extremely playful and highly energised with plenty of oddball quirks placed throughout. A lot of his typical camera shots and editing tricks – which would look way too out of place in a documentary format – are replaced by fun visuals including some stylish animated segments detailing some stranger-than-fiction moments from their career (a rather gory on-stage accident is brought to life through some rather smooth Claymation), while a number of the interviews come with some funny captions describing the person’s occupation, such as Beck being accompanied by “See Above”. Wright even appears in front of the camera himself at one point, described only as “Fanboy”, as though even he couldn’t resist talking about Sparks to an unseen camera crew along with the rest of his interviewees. As ever, it’s very entertaining stuff from the filmmaker, who embraces this new non-fiction format in the same way he does one of his Cornetto Trilogy entries, with the kind of pure passion and a kick of adrenalin that makes him one of today’s most fascinating directors (and makes me all the more excited for his first foray into horror, Last Night in Soho, coming later this year).

It is, however, perhaps longer than it ever needed to be. You do start to feel the 2+ hour running time as it stretches into the latter section, packed with stuff that might have played better as a deleted scene on the eventual home release than being included in the final product, and as entertaining as it is, it does reach a point where you do start to check your watch around when it should be wrapping up. However, it’s a testament to Wright’s passion as a filmmaker and the overall fascination surrounding the band themselves that The Sparks Brothers remains as fun as possible throughout the vast majority of its bloated existence, and if nothing else it’ll make you appreciate a band you never heard of with the same amount of love as some of the far bigger groups out there.

The Sparks Brothers is a passionate and entertaining documentary from Edgar Wright about the oddball but endearing music group known as Sparks, which dives into their unpredictable career with great love and admiration for brothers Ron and Russell Mael’s unique and convention-defying approach to the craft, even if its overlong running time means the spark eventually begins to die out. 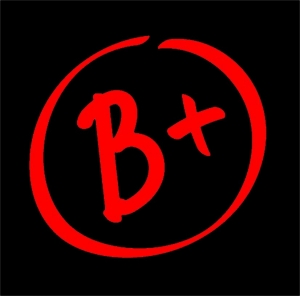 The Sparks Brothers is now showing in cinemas nationwide – click here to find a screening near you!