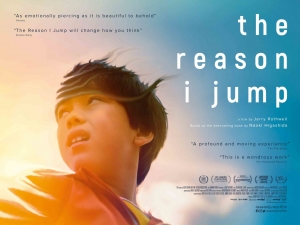 BASICALLY…: A first-hand look at life through the eyes of people with non-verbal autism from all over the world…

As someone on the autistic spectrum, albeit on the much milder end, the revelatory information in The Reason I Jump isn’t so much new to me, as I had either experienced a number of its showcased characterisations myself, or witnessed first-hand others with much more severe autism experience them. However, it’s still nice to have them confirmed as perfectly normal spectral behaviour, in a film that lets audiences into the lives of young autistic people and allows them to truly see how they live in spite of their conditions.

The documentary, from director Jerry Rothwell, takes heavy inspiration from the book of the same name by Naoki Higashida, who at thirteen years old wrote down his experiences of being a young person with nonverbal autism, and following an English translation co-written by Cloud Atlas author David Mitchell (who also appears in the film) the book became a worldwide success, and a go-to source for many parents of autistic children to further understand elements of their offspring’s view of the world. Rothwell’s film is more of a free-form adaptation, though, as the book provides a jumping-off point for the movie to also look at the lives of young people from around the world who have the same condition as Higashida. In India, there’s Amrit who channels her frustrations about not being able to communicate into a series of paintings; in the UK, Joss has difficulty letting go of past memories that still feel as fresh as the present; in America, lifelong friends Ben and Emma are able to communicate with others via an alphabet board, with which they are able to articulate their feelings and emotions; and finally, there’s Jestina in Sierra Leone, a place that still has such bad stigma surrounding autism that people who have it are often considered demonic, or even abandoned in the bush as a child.

Often, the movie also cuts to a young boy who clearly displays signs of nonverbal autism (played by Jim Fujiwara, who does indeed have the condition), and is implied to be a dramatized representation of Naoki Higashada himself. These small cutaways, accompanied by narration reading out passages from the author’s book, serve as the link between all of these other stories, and like the book they – along with the main vignettes – allow the viewer unrestricted access to seeing the world through the eyes of people who literally cannot enunciate their own thoughts and emotions. Director Rothwell manages to capture a very sensory, and sensitive, portrayal of the autistic experience that not only offers a full understanding of how people like the ones in this film operate without spoken dialogue, but visually also manages to recreate the mental gymnastics one might perform in order to express certain things, using vibrant cinematography to capture some colourful moments in their lives (at one point, Joss ventures through a maze of colours that he very excitedly responds to), and some careful editing to replicate some of their growing anxieties or show the progress of their overall mental state.

It is an extremely well-crafted and well-executed film that really does capture the difficult but also wondrous lives of people with such severe autism – so much so, that I feel it is best for everyone that Sia is strapped down and forced to watch this movie on repeat, so that she can learn from the horrendous mistakes she made on Music – but for me, it never came across as revelatory as it perhaps does for some. That is, simply, because this is the norm for those with autism, even some of the milder cases such as myself; we do have enormous difficulty expressing ourselves to a point where sometimes we feel like nobody else can truly understand us, but we are no less capable as actual human beings. We do have thoughts, emotions and complex observations that so happen to get lost in our overall lack of communication, but we still do try and express them in any way we can; in one major moment of this film, Ben spells out via alphabet board that he believes that his and his friend Emma’s civil rights have been taken away because of others’ lesser perceptions of how autism works, and as someone who’s been rejected from job applications because of my neurotypical condition, I found this to be a heart-breaking fact as said by someone who cannot even speak.

A film like The Reason I Jump is an important film for people to discover in the same way that Music is a film that people need to avoid like the plague; one actually gives autistic people a platform to express themselves as the vibrant and compassionate people that they truly are, while the other resorts to harmful and offensive portrayals that only fuel the stigma surrounding autism in parts of society. Hopefully, this film inspires brand-new conversations about how those with autism should be treated and respected, because it not only gives them a chance to show the world what they’re capable of, but it’s also a profound and sensational piece of filmmaking that turns an unfilmable book into a wide-reaching visual experience.

The Reason I Jump is an excellently made documentary that expands Naoki Higashada’s book into a sensitive look into the lives of nonverbal autistic people around the world, offering an important platform for those on the autistic spectrum to beautifully communicate their own thoughts and emotions without condescension or any sense that their lives are less worthy than anyone else’s. 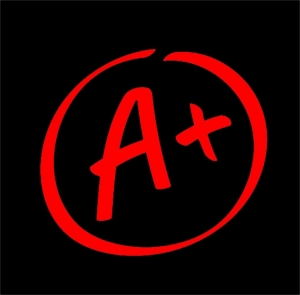 The Reason I Jump is now showing in cinemas nationwide – click here to find a screening near you!