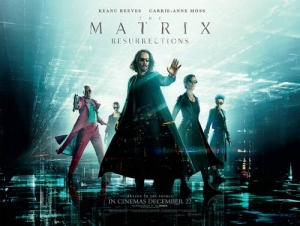 BASICALLY…: Neo (Reeves) finds himself returning the virtual world of the Matrix…

Few would disagree that The Matrix is one of the most influential films of the past few decades, in terms of its effects, philosophical themes, and overall style. However, its reputation has been slightly tarnished by the mixed-to-negative reception of its 2003 back-to-back sequels, which all but killed audiences’ investment in the story of Neo, Trinity, Morpheus and all those characters in the sci-fi dystopian narrative.

That hasn’t stopped director and co-writer Lana Wachowski – flying solo without sibling Lilly Wachowski for this one – from returning to the digital realm nearly twenty years later, for a follow-up which serves as both an apology for how underwhelming the last film’s ending was, and an odd meta-commentary on its own status as a piece of pop culture iconography. Not always does it feel entirely even, but of the Matrix sequels thus far, this one is certainly the most coherent, and comes closest to recapturing the spirit and fun of the 1999 original.

The Matrix Resurrections, as hinted in the title, brings back Keanu Reeves’ Neo and Carrie-Anne Moss’ Trinity, despite both meeting grisly ends at the conclusion of the previous trilogy. Neo – or, as he’s now known, Thomas Anderson – is now living as a video game designer, who has apparently made a living with a series of games that appear to be the actual events of the Matrix trilogy, but is having strange delusions that are being managed by a bunch of blue pills prescribed by his therapist (Neil Patrick Harris). Meanwhile, Trinity – or Tiffany, in this strange new reality – is married with kids, and works at a motorcycle repair shop, blissfully unaware of who Thomas is or their past relationship. Of course, the reality is that both are trapped inside a newer version of the Matrix, which Thomas is eventually freed from by a group of humans and programs in the real world, including ship captain Bugs (Jessica Henwick) and a newer version of Morpheus (Yahya Abdul-Mateen II), in order to help them face a new foe in the machine-dominated reality.

Exactly how Neo and Trinity have come back to life, why Morpheus no longer looks anything like Laurence Fishburne, and what is specifically causing both humans and machines trouble in the present, are all questions that Wachowski provides here, which in full Matrix tradition is delivered via heavy exposition dumps and mind-bending action. It is all very familiar territory, but Wachowski is reasonably quick to avoid many of the pitfalls that the sequels fell into; for instance, there is a stronger sense of humour which those films sorely lacked, with characters actually feeling like they have genuine chemistry instead of awkwardly kissing every few seconds to tell us that they’re together, and most of all there is an interesting self-awareness that almost makes it feel like the writers are poking fun at themselves this time round. Nowhere is that more evident than in the film’s first act, which spends a good portion on the notion that the past films exist in this universe as video games, allowing Wachowski the chance to imagine some meta commentary on the fact that, when you break it down, a fourth Matrix movie doesn’t need to exist – but it does because, as one character explicitly mentions, Warner Bros. has asked the creatives to make one. For a good while, it’s a very different kind of Matrix movie, one that doesn’t seem to be as self-serious or even as ambitious as its predecessors, but is much more reflective and jovial about its legacy.

Things take a turn for the conventional, however, as soon as Neo ends up taking the red pill (again). What follows isn’t exactly bad, and compared to the sequels it’s actually coherent as to what’s happening in the plot, but after a rather fun opening act where the movie seemed to be poking fun at itself in intriguingly meta ways, the movie just slips back into being a Matrix movie without nearly as much self-awareness as before. Repeats of significant events from previous films feel much more like mere rehashes instead of having a true purpose, and while there are some interesting new developments regarding the alliances that humans have made in the real world, it mostly just “been there, done that, got the t-shirt” territory. More noticeably, the action is significantly lacking; say what you will about the second and third Matrix movies, but at least they had some memorable action sequences (that highway chase in The Matrix Reloaded still holds up to this day), whereas here they are mostly crippled by intensive shaky-cam that doesn’t allow you to see much of the punching and kicking, leaving them as just a blur without anything to really stand out from all the others in this series.

While The Matrix Resurrections is far from a perfect film, there’s one thing you can’t accuse it of being, and that’s boring. It is entertaining enough to consistently hold your attention, from the oddball meta humour of the first act, to some of the newer developments in worlds both simulated and real, and of course it’s cool seeing both Keanu Reeves and Carrie-Anne Moss back together on-screen as some of their most iconic characters. Of the sequels, it is perhaps closest to recapturing the charm and consistency of the original Matrix movie, while still not coming close enough to toppling it; if anything, The Matrix Resurrections is a sequel that brings things back to basics, so long as you recognise that said basics were already pretty complex to begin with. Naturally, there’s plenty of things that viewers can poke holes through as much as they can the previous movies, but at least with this one you’re getting a movie that is a bit more aware of its oft-parodied style, and is having a bit more fun with exploring its own limits as a result.

Nobody may have been clamouring for a fourth Matrix movie, but we still got something that we can at least be glad about its existence.

The Matrix Resurrections makes fun use of its existence as an unnecessary franchise extension pack, with some intriguing meta commentary packed with the conventional action and exposition that has defined this series, although it does sometimes feel uneven as it shifts into more familiar territory, which leaves it as the stronger sequel by default, without coming close to outpacing the ground-breaking original. 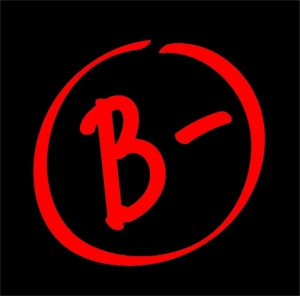 The Matrix Resurrections is now showing in cinemas nationwide – click here to find a screening near you!