The King’s Man (Review) – Has The Franchise Run Out Of Steam? 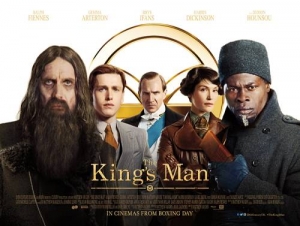 BASICALLY…: In the early 20th century, the Kingsman agency is founded as a plan for a dangerous war is laid out…

Even after numerous pandemic-enforced delays, the anticipation for The King’s Man has been low, to say the least. That might be because, despite Kingsman: The Secret Service being a surprise hit with critics and audiences, the tepid response to its overblown sequel The Golden Circle has all but eroded much interest in where else this gentlemanly spy franchise can go. By going the prequel route this time round, series director Matthew Vaughn clearly hopes to reignite that spark which made the first film such an enjoyable experience, and avoid the overwhelmingly self-aware humour that the sequel opted for.

The King’s Man definitely succeeds with the latter, but in terms of bringing this franchise back to its chaotically fun roots, so to speak, this is a rather disappointing let-down.

Set in the early 20th century, the film charts the exploits of pacifistic aristocrat the Duke of Oxford (Ralph Fiennes), who becomes aware of a nefarious plot to wage war across Europe, between identical cousins King George V, Kaiser Wilhelm II, and Tsar Nicholas II (all played, for some reason, by Tom Hollander). With the Duke’s son Conrad (Harris Dickinson) eager to sign up and fight for his country, Oxford becomes determined to put a stop to the evil plot, and with the help of Conrad, nanny Polly (Gemma Arterton) and manservant Shola (Djimon Hounsou), he forms a network that will eventually become Kingsman, in order to covertly stop members of a ne’er-do-well group of war-mongers, among them noted advisors Grigori Rasputin (Rhys Ifans) and Erik Jan Hanussen (a woefully underused Daniel Brühl).

The thing about Kingsman: The Secret Service, which both follow-ups oddly seem to have neglected, is that there is a fine balance between the tongue-in-cheek violent mayhem and the straightforward storytelling. Sure, we enjoy watching Colin Firth kill countless people in a church or beat up some hooligans in a pub, but the reason they are still fondly remembered is because we have been given ample time with these characters and found reasons to like them, within a narrative that neatly establishes the crazy world around them and finds a way to make some of its more outlandish features make sense. It’s something that The Golden Circle failed to grasp, and sadly so does The King’s Man for while the over-the-top nature of the latter is certainly gone, there is little of that inspired storytelling, character-building or a sense of the mad nature of this world remaining. Instead, it’s a strangely dull historical adventure that takes its origin story far more seriously than it needs to, creating tonal whiplash as we go from Ralph Fiennes delivering dramatic monologues to his son like he’s performing a deleted scene from The English Patient, to villains using coarse language and behaving like campy Roger Moore-era Bond baddies (our hairless main antagonist is shrouded in silhouette until the climax, like he’s this universe’s equivalent of Blofeld).

Half the time, you’re never quite sure what kind of movie that The King’s Man is trying to be, between telling this mindless action caper with little regard to historical accuracy or sensible physics, and being this surprisingly dramatic historical epic, with scenes set in WW1-era trenches like it’s a studio-notes version of 1917, and the likes of Ralph Fiennes acting as though they’re in a Merchant/Ivory production. It’s even to a point where you forget that this is supposed to be a Kingsman movie, because it contains little of the genuine personality that the first film and, to an extent, the second one exhibited; you can especially feel this in the way that certain characters are written, for while there are some standouts (Fiennes is very good in the film, and Rhys Ifans is having plenty of fun as Rasputin) most of them are generic stock characters with few defining features and thin motivations. You end up remembering few of these characters because they don’t have as much weight or likeability as the likes of Taron Egerton or Colin Firth in the first films, and the lack of investment makes the movie much more uninteresting to watch.

That really is the biggest fault with The King’s Man, the fact that despite much of its action set-pieces it’s still rather boring to sit through. The story isn’t as engaging as it ought to be, with the identity of certain figures being very predictable to deduce, while there’s not much reason to care about most of these characters, so you’re left watching an endless montage of action scenes that don’t fit together to form a cohesive whole. Some sequences are impressive – the aforementioned WW1 sequence has some surprising moments, and a showdown between our heroes and Rasputin brings some much-needed life to the pace – but most of the time they just blend together as one mindless scene after another. Your mind ultimately starts thinking about other movies that have done this kind of ambitious scope in much better ways, like the first Kingsman movie which, again, has plenty more to offer in terms of both its story and characters, and doesn’t entirely fall into formula like this movie unfortunately does.

So, where does this leave the Kingsman franchise now? With a third and final film in the main Kingsman storyline apparently in development, hopefully there is still time for the creatives to take a long, hard look at that first film and rediscover its balance of mayhem and complexity for the grand finale, instead of favouring one or the other. Otherwise, it seems as though this is yet another big film franchise that ran out of steam way too early, which is a shame because there is so much potential with this series that has yet to be, rather disappointingly, fully explored.

The King’s Man is a disappointingly dull prequel that charts the historical origins of the Kingsman agency, but with little of the chaotic and most importantly fun energy that the original film exhibited, replacing most of it with an unengaging and tonally inconsistent story, with generic characters who aren’t as interesting as other protagonists in this series. 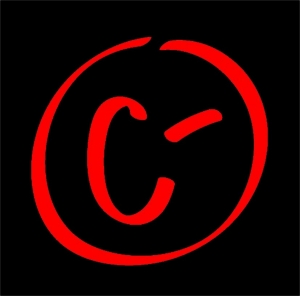 The King’s Man is now showing in cinemas nationwide – click here to find a screening near you!