The Alpinist (Review) – The Ballad Of Marc-André Leclerc 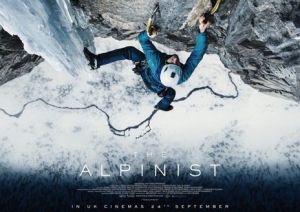 When rock climber Alex Honnold was captured performing a free solo ascent of El Capitan in Yosemite National Park, both he and solo climbers in general became literal rock stars. Honnold’s filmed exploits, which formed the documentary Free Solo, went on to win the Oscar for Best Documentary, while TV programmes such as American Ninja Warrior and more than half of Red Bull TV’s content remain dedicated to showcasing the amazing athletic abilities of climbers and free soloists across the world.

However, not all climbers were so keen to hog the spotlight, and more often preferred to just focus on the climbing aspect of their lifestyle. One of these people was Marc-André Leclerc, a young Canadian free soloist who took the climbing world by storm for some of his amazing and ambitious conquests, but did it all without a single camera to document his every move. Even the filmmakers behind new documentary The Alpinist, wherein Leclerc is the central figure, are shown to struggle with trying to capture their elusive target, but the footage we get is pretty impressive in its own way.

Co-directors Peter Mortimer and Nick Rosen narrate their experiences with Leclerc, who first grabbed peoples’ attention via an obscure web blog documenting some of his ascents. When the filmmakers eventually track down Leclerc to a climbing community in British Colombia, he comes across as a publicity-shy young man whose mind is always on whatever the next big mountain he aspires to climb – specifically, some of the snowier, icier mountains in the colder areas of the planet. As we learn, Leclerc is a solo alpinist by nature, who prefers climbing without the added presence of cameras to fully feel that sense of literally going solo, and we see through some nerve-racking drone shots that he employs a unique set of skills to gently move from one spot to the next, all without ropes or any kind of safety harness to prevent nasty accidents from happening.

As with Free Solo, there is great cinematic quality to watching a climber like Marc-André Leclerc make some extreme death-defying ascents up these harsh snowy mountains, clutching onto layers of ice which aren’t that thick, and could at any moment snap off and send him hurtling down thousands of feet back to the ground. The drone shots do well to place you right there alongside Leclerc on these mountain edges, hacking away at snow and ice without so much as stopping for breath, while simultaneously leaving you always dreading the worst to happen at any point during these sequences. Further shots also capture the sheer height of the mountains that he is climbing, edited together to mostly satisfying effect as we see his determination rub off on so many other people – not just the filmmakers, but also his climber girlfriend Brette Harrington and fellow climbers Alex Honnold and Reinhold Messner, all of whom are interviewed as part of this film.

However, as thrilling as the climbing sequences are, The Alpinist lacks a key engrossing figure that made Free Solo the sensation that it was. Not much is learned about what kind of person Marc-André Leclerc was, despite showing some old photos and footage of him as an adventurous young boy, since his rather evasive nature – at one point during the filming of the documentary, Leclerc suddenly vanishes off the face of the earth without any means of contacting him – means that the filmmakers have to rely on hearsay and hyperbole to create an idea of who he is, rather than getting more accurate insight from the man himself. It leaves the audience struggling for a reason to care about the guy outside of his incredible feats, so when something bad does happen to him (and under very tragic circumstances), a portion of the emotional weight that comes with it is lighter than it should be, because while what happens is extremely upsetting, you feel not as though you’ve suddenly lost a close and dear friend like it’s trying to convey, but more someone who you once read about in a newspaper and then never heard much about again.

All the same, The Alpinist does serve as a decent companion piece to Free Solo, even though it’s unlikely to repeat that film’s success in both box office and awards terms. It works best as documented evidence of some incredible free solo activity by a very talented climber, but don’t expect the real emotional weight that came with the Oscar-winning documentary.

The Alpinist is a noble attempt to document the thrilling free solo ascents of climber Marc-André Leclerc, but the film’s lack of an engrossing central figure keeps it from making it to the top.

The Alpinist is now showing in cinemas nationwide – click here to find a screening near you!