Spider-Man has been given a new lease of life at Sony Pictures, 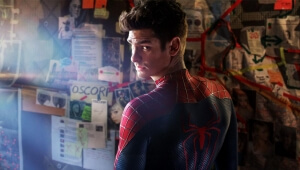 with 2012’s reboot proving a success and next year’s sequel reaching fever levels of anticipation. But while the film series will continue with The Amazing Spider-Man 3, due for release in 2016, a surprising new development has revealed that there is more to this cinematic universe than meets the eye.

No doubt taking the Marvel route – not surprising, after all this is Marvel property – a couple of spin-offs have been given the go-ahead that will tie into the overarching storylines and characters of the main Amazing Spider-Man movies.

Writers Alex Kurtzman, Roberto Orci, Jeff Pinkner, Ed Solomon and Drew Goddard will all form a so-dubbed “franchise brain trust to expand the universe for the brand and to develop a continuous tone and thread throughout the films”, according to Sony’s official press release.

In addition, Goddard will write, and most likely direct, a film focusing on The Sinister Six, a group made up entirely of Spider-Man’s most troublesome foes.

Kurtzman, Orci and Pinkner have previously contributed screenplays for Star Trek, Transformers and the TV show Fringe. Goddard’s previous credits include Cloverfield, World War Z, The Cabin in the Woods (which he also directed), and is also due to contribute to another Marvel property with Netflix’s original series based on the character Daredevil. Solomon’s name is tied to Bill and Ted’s Excellent Adventure, Men in Black, and this summer’s Now You See Me.

Spider-Man is Sony’s highest-grossing franchise, with over $3.2 billion being taken in worldwide from all four films thus far. However, 2013 has not been a very good year for the studio with films like White House Down, After Earth and The Smurfs 2 either not meeting expectations or bombing outright, and it is clear that they are clinging onto their biggest money-maker in order to survive. That being said, it shall be interesting to see how they span multiple films from this franchise, especially since they’re focusing on the antagonists (a feature film based on Venom, for instance, has been in development since his disappointing inclusion in Sam Raimi’s Spider-Man 3). Whether or not it will be just as entertaining as the 2012 reboot surprisingly was, is impossible for us to know at this point. But we’ll be there when the time comes, don’t you worry…