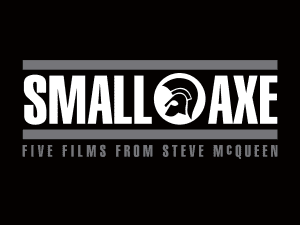 BASICALLY…: Leroy Logan (Boyega) joins the Metropolitan Police in order to change the racist attitudes of his fellow officers…

After covering the first two entries in Steve McQueen’s Small Axe TV anthology – the powerful Mangrove and the euphoric Lovers Rock – I feel it is only fair to also take a look at the three remaining films in the BBC exclusive (or Amazon Prime Video if you’re in the States) series, all of which were directed by the Oscar-winning filmmaker.

This week’s instalment is a slightly more subdued affair than the previous films, although Red, White and Blue keeps in the spirit of the first two entries by not sparing the harshness of its subject matter, nor does it offer any easy answers to its delicate situations which ring just as true today as they did not even half a century ago.

The film tells the story of Leroy Logan (John Boyega), a well-educated research scientist of Jamaican ancestry, who decides to join the police force in 1983. It’s a decision that puts him at odds with several members in his black community, including his father (Steve Toussaint) who was recently assaulted by two officers which has left him hungry for retribution, but with the support of his expectant wife Gretl (Antonia Thomas) he nonetheless submits his application, with the intent of rooting out the systemic racism of the force from the inside. Unfortunately, despite his strong performance in training, he is treated with hostility and unfairness in the Greater London precinct he is assigned to, by fellow officers who openly display their casual racism like the badge they are sworn to.

Throughout a tight 80 minute runtime, McQueen gives a strong insight into Logan’s early career as an officer of the law, including his initial decision to sign up as well as the development of his perfectly noble reasons as to why. The Logan character is presented as a thoughtful man of action, eager to fight the system by sensible, legal means without having to resort to the kind of violence that people of his colour have been prosecuted for in the past. He clearly has good intentions, and expresses intelligence as well as resourceful insight during his training, but not many people are willing to accept him for who he is; not the predominantly white police precinct who write racial slurs on his locker, nor the black community he serves which largely ignores him and even calls him a traitor for wearing the uniform of their oppressors. McQueen is able to give the central character room to breathe as a person, but also doesn’t lionise him as shown by a sense of pride and a little bit of ego he carries in his quest to restore racial order to the police force.

In a central turn that further solidifies him as a charismatic and compelling lead, John Boyega delivers a fantastic turn as Logan himself. The actor makes you feel the character’s growing frustration with the intolerant system he’s sworn to uphold, culminating in fits of anger which feel justly earned in some circumstances (one brilliant showcase of Boyega’s powerful ability to command the screen sees him blow up at his fellow officers after they fail to back him up during the pursuit of a fleeing suspect), but like McQueen he is quick to show that the character has strong compassion and genuinely wants to make a difference, even if nobody is willing to allow him. Following Boyega’s stunning lead is an equally impressive supporting turn by Steve Toussaint as Logan’s Jamaican father, who you also feel greatly for as he is unjustly treated by the police and understandably harbours a lot of anger towards them, further fuelling his dispute with his son who now wants to join their ranks. In scenes where he is just sitting down quietly, or staring daggers in the wake of an unsatisfying result, he exhibits a fierce and unpredictable energy that’s ready to pounce at any given moment.

The movie is a profound exploration of the relationship between the black community and the police force, which in the current environment of the Black Lives Matter movement (which Boyega made headlines for this year with a passionate call for racial justice) feels like an extremely urgent look into the pros and cons on both sides. Although the movie doesn’t manage to pack everything in to its runtime – it also ends rather abruptly, without even post-film text explaining what happened next in this real-life story – there’s enough to spark a conversation about the history of systemic racism in the Metropolitan Police, something which can definitely be argued is still a major problem in the force today. It also provides a very different view of the legal system than Mangrove did; although just as rampant with bigotry and marginalisation of minorities even within their own rankings – one cocky officer tells off a South Asian colleague for speaking Urdu with the owners of a vandalised Indian restaurant – the force as seen here does have people within it who have the capacity to respect someone like Logan for their merits and knowledge alone, encapsulating the idea that it’s the racists who thrive in the flawed system that are giving the force a bad name.

Whatever your thoughts may be, this is a searing biopic that holds nothing back in its timely explorations, is expertly filmed and performed, and tells a fascinating true story of someone who set out to make changes and, regardless of whether they succeeded or not, set an example for the progressive figures of law to come.

Red, White and Blue is a timely and powerful biopic of black policeman Leroy Logan, who is given a well-rounded portrayal by both director Steve McQueen, who does not hold back on some harrowing details of the rampant racism within the police force, and lead actor John Boyega who shines with a fantastic performance of sincerity and humanity.

Small Axe: Red, White and Blue is now available on BBC iPlayer, along with previous instalments Mangrove and Lovers Rock.