Sing a Bit of Harmony (Review) – The Musical Origins of Skynet 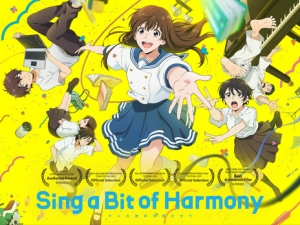 BASICALLY…: A singing AI (Shipman/Tsuchiya) arrives at a school, where she helps a shy student (Mei/Fukuhara) earn confidence…

As the week’s other family-centric animated musical with the word “sing” in the title, Sing a Bit of Harmony seems to be unfairly placed in a losing battle against Illumination’s much bigger-profile Sing 2, which is undoubtedly going to attract plenty more ticket sales than this one could ever realistically imagine for itself. However, this film – from Japanese anime director Yasuhiro Yoshiura – shouldn’t be thrown out of the conversation entirely, because while it certainly follows a familiar formula, it is a winning and pleasing entry with a ton of endearing themes, characters and ideas on display.

The film is set in a near-future where artificially intelligent technology has advanced to the point of robot workers being used in fields and in schools. At one such school, lonely teenager Satomi (voiced by by Risa Mei in the English dub, and by Haruka Fukuhara in the original Japanese version) is quite comfortable flying solo, until the day that a new student is introduced to her class. She is Shion (Megan Shipman/Tao Tsuchiya), a girl with overly-peppy optimism and a penchant for breaking into song every now and then – however, as Satomi quickly discovers, she is actually an AI that has been covertly placed in the school by a local tech giant to test if it can truly pass for human; what’s more, Satomi’s mother Mitsuko (Laila Berzins/Sayaka Ohara) is the lead engineer in charge of the experiment, and her career is on the line should her work fail. It is now up to Satomi and a group of fellow high school students, including Satomi’s childhood friend Toma (Jordan Dash Cruz/Asuka Kudō), to cover up Shion’s blatant AI-ness, all while forming close friendships and fulfilling Shion’s original intention of making Satomi happy.

Sing a Bit of Harmony is considerably much lighter fare than other anime movies out there about artificial intelligence like Ghost in the Shell and even director Yasuhiro Yoshiura’s own Time of Eve, and it does not hold back on its optimistic tone which would fit neatly into Disney’s own catalogue. Amusingly, the film does play out like if a standard Disney musical actually happened in a world where suddenly bursting into song was considered weird; lead AI Shion looks, acts and sings like she’s a classical Disney princess, even suggesting traditional paths to true love which are considerably more outdated today such as finding a “prince” to fall in love with to find true happiness. A lot of it is definitely played for laughs, but when context begins to seep its way in there is a serious amount of heart behind it as well, as Yoshiura blends the bright, burning optimism of its central character with a very sweet set of themes and atmosphere, captured through some gorgeous 2D animation (with certain 3D add-ons) that give your eyes something to savour along with your mind.

The film has a strong emotional core with a group of characters who you do grow to like as it goes along, and when a song needs to come into the picture it’s certainly the kind of cheesy anthems that the likes of The Greatest Showman have popularised but they’re performed without too much cynicism that it’s hard to not smile whenever they’re introduced. There are also plenty of nice themes about friendship and what it is to be truly happy, which should definitely resonate with younger viewers as well as older anime enthusiasts. It’s really the crux of the story that feels a little less inspired; it’s following the E.T. formula where young outsiders befriend an extraordinary being that is being closely watched by antagonistic authorities, which does make a number of things feel all too predictable because you have seen these tropes done a lot of times before, done as recently as Ron’s Gone Wrong (which I suppose makes this Shion’s Gone Wrong?).

Though it is certainly familiar, Sing a Bit of Harmony still brings a lively passion to the formula, for while you may not exactly be guessing until the last minute where things are going to go, you’re still with it because the characters, the animation, and the endearing themes are executed strongly enough to convince you to stay with it right up to the end (where, without spoilers, let’s just say this is where Skynet chose to strike in the Terminator universe). It’s certainly cheesy in parts, but always with a reason for being that makes for a surprisingly sentimental time no matter what age you are. It’s delightfully uncynical, which for many should be enough to enjoy without limits, and I’ll admit that I enjoyed this movie for that reason too, even though I can still point out where it’s not as fresh as it is in other places.

It’s the musical origins of Skynet that we never thought we needed in our lives, and are more than happy to accept.

Sing a Bit of Harmony is a lively and endearing anime musical with plenty of sweet messages and enjoyable characters for viewers of all ages, even though the formula it’s following is all too easy to point out. 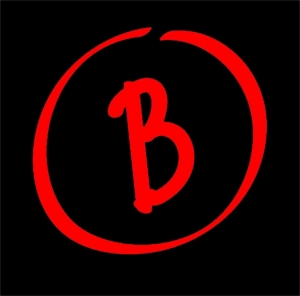 Sing a Bit of Harmony is now showing in cinemas nationwide – click here to find a screening near you!