Well, this is an interesting career choice if there ever was one. 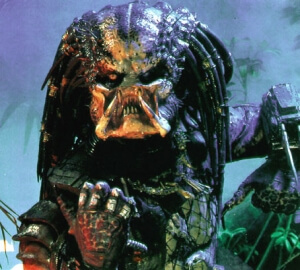 Shane Black, fresh off of directing last year’s summer blockbuster hit Iron Man 3, has been hired by 20th Century Fox to write and direct a reboot of the Predator franchise. Yes, ANOTHER one. Guess they really want us to forget the previous 2010 effort (you know, the one with Adrien Brody? Yeah, we forgot it existed too.)

To be specific, Black is writing a treatment for the film which shall then be written in full by Fred Dekker (co-writer of Monster Squad, and whom Black worked with on that same show). But he is lined up to direct it, so there’s that to look forward to.

It’s especially surprising to see someone like Shane Black take on something like the Predator franchise when you see the filmography he’s worked up over the years – aside from directing and co-writing Marvel’s Iron Man 3, he is best known for providing the screenplays for action movies such as Lethal Weapon, The Last Boy Scout and The Long Kiss Goodnight. In addition, his 2005 directorial debut Kiss Kiss Bang Bang won critical acclaim and continues to be a cult film despite its less than stellar box office performance. Most if not all of these films were fixated on the crime/buddy-cop dynamics with all the witty dialogue and unique plotting one would expect from those sort of films, so to now tackle a horror monster movie franchise such as Predator is a bit of a leap, but one that should be watched with interested eyes.

Then again, it may have been written in the stars all this time – Black actually had an on-screen cameo in the original Arnold Schwarzenegger-starring 1987 original (familiar with the famous Arnie-ism “Get to the choppah!”? Now you know the source). That film was followed by 1990’s Predator 2, with Danny Glover, before famously pairing up with Fox’s Alien franchise for the 2004 crossover Alien Vs. Predator (and also its sequel, Aliens Vs. Predator: Requiem, but apparently nobody likes to acknowledge that one). Since the aforementioned 2010 attempted reboot, Predator‘s been fairly quiet. Until now, that is.

However, before he can get to this project, Black is still committed to shooting his original screenplay The Nice Guys, which he aims to start shooting later this year. He is also still attached to Columbia Picture’s forthcoming adaptation of Doc Savage, In short, it could be that Shane Black’s reboot of Predator will wait a while before seeing the light of day. But when that day comes, it could very well be the revitalisation that the franchise may have been looking for. Watch this space, and, of course…