Rian Johnson On Board For Star Wars: Episode VIII!

Rian Johnson On Board For Star Wars: Episode VIII!

With JJ Abrams currently hard at work with 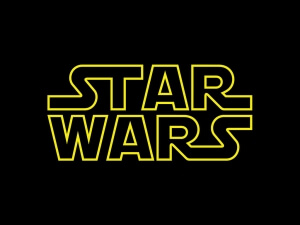 the principal photography of Star Wars: Episode VII, and directors Gareth Edwards (Godzilla) and Josh Trank (Chronicle) recently brought on board to direct the proposed spin-off films, little has been heard of what’s to come next – until now.

Rian Johnson has been hired to both direct and write Star Wars: Episode VIII, as well as provide a treatment for the proposed trilogy closer, Episode IX (according to sources, he is not scheduled to direct IX – or at least, not yet).

Johnson found universal critical acclaim in 2012 with his sci-fi thriller Looper, with Joseph Gordon-Levitt and Bruce Willis as young and old incarnations of the same character respectively. In addition, he has directed two further feature films – 2005’s Brick, also with Gordon-Levitt; and 2008’s The Brothers Bloom – and three episodes of cult television show Breaking Bad, including Season Five episode Ozymandias which creator Vince Gilligan labels as “the best of the series”.

Disney seems to be having a current trend of hiring new and fresh-faced talent for their ambitious Star Wars revival, from Abrams to Edwards to Trank and now Johnson, all of whom have proven their worth with highly-acclaimed and intelligent movies. This should raise further confidence in fans of the saga, especially after the flack it received with George Lucas’ misguided involvement with the prequels. At this rate, there should be no mention of Jar Jar Binks nor conversations about not liking sand – already a positive sign that the series is in the right frame of mind.

We’ll see how well Johnson proves his worth in a galaxy far, far away with the approximate 2017 release of Star Wars: Episode VIII – but before then, we have Abrams’ Episode VII to look forward to on 18th December 2015. That is, if Harrison Ford’s leg can heal in a record amount of time (in all seriousness though, get well soon Ford!).