Pirates of the Caribbean 5 For Summer 2017 Release!

Pirates of the Caribbean 5 For Summer 2017 Release!

After a lengthy hiatus with its future up in the air, 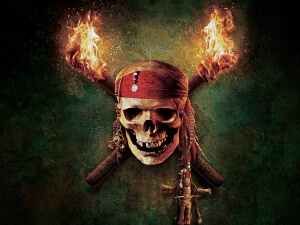 Disney announced today that Captain Jack Sparrow is indeed returning to the Seven Seas – or, to be more precise, Pirates of the Caribbean 5 has been pencilled in for a July 7th, 2017 release!

Pirates 5 – previously believed to have had the subtitle Dead Men Tell No Tales, though whether this is still the case is unknown – will be directed by the Oscar-nominated directing duo of Joachim Rønning and Espen Sandberg (Kon-Tiki), with screenwriter Jeff Nathanson (Catch Me If You Can) contributing to the script along with franchise regular Terry Rossio (Shrek). Jerry Bruckheimer will also return as producer, despite his previously-announced split from the studio last year.

The previous four films – 2003’s The Curse of the Black Pearl, 2006’s Dead Man’s Chest, 2007’s At World’s End and 2011’s On Stranger Tides – have altogether grossed over $3.7 billion worldwide, making it one of Disney’s most profitable franchises in recent memory. Director Gore Verbinski (The Lone Ranger) helmed the first three, while Rob Marshall (Chicago) took over for the fourth, which in itself took in a worldwide gross of over $1 billion. All four have featured Depp as Captain Jack Sparrow, and Geoffrey Rush as Captain Barbossa, and it is very likely that both will return for the fifth (though there was no confirmation of their return in Disney’s announcement).

Currently, Pirates of the Caribbean 5 has its release date of July 7th, 2017 all to itself, though surrounding it are other high-profile releases such as Despicable Me 3 (currently scheduled to come out the week before, on June 30th), a sequel to the upcoming Fantastic Four reboot (coming one week later on the 14th) and a mystery Marvel Studios movie that had been previously announced by Disney and Marvel (on July 28th).

As for whether Pirates 5 (or whatever it ends up being officially called) can get itself back on its feet after its less-than-stellar sequels, it looks like we’ll have to wait another few years to find out…