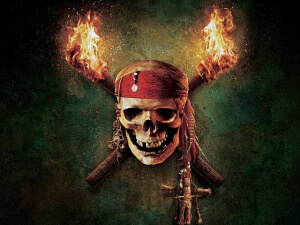 Pirates of the Caribbean: Dead Men Tell No Tales will not make its original 2015 release date after all.

The fifth film in the series, which was to have started pre-production soon with shooting starting next year, will now most likely be ready for 2016 at the earliest, meaning we’ll have at least three years before we return to the characters and world as we left them in 2011’s entry On Stranger Tides.

Producer Jerry Bruckheimer, who has served on all the Pirates films thus far, revealed to The Hollywood Reporter that script issues were behind the delay – “we have an outline everybody loves but the script is not done”. Jeff Nathanson (Catch Me If You Can) is writing the project, and he can breathe a slight sigh of relief that he has more time to perfect the script.

Bruckheimer hasn’t had the best summer, after The Lone Ranger – which reunited him with Pirates star and director Johnny Depp and Gore Verbinski – turned out to be a costly flop at the box office, with a $190 million write-off expected for the $250 million budgeted Western. It doesn’t help that the film itself was pretty bad, too. On that note, Bruckheimer also notes how “everybody’s more cautious” with big-budgeted films especially after this summer so it should really not be quite a shock that they’re deciding to delay the next Pirates movie. “It’s all a factor. We want a script that everyone’s signed off on and a budget that everyone’s signed off on,” he continues, addressing the budgetary concerns.

With Depp set to return as Captain Jack Sparrow and with filmmakers Joachim Ronning and Espen Sandberg (Academy Award-nominated for their own water-set adventure Kon-Tiki) set to direct, Pirates of the Caribbean: Dead Men Tell No Tales is still set to be made, just not in time for 2015. And besides, if you look at what else is on offer for that year, are you really surprised that they moved it away at all?