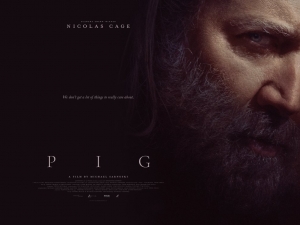 BASICALLY…: A reclusive chef (Cage) sets out to find whoever stole his beloved pig…

We all like a good over-the-top Nicolas Cage performance every now and then, whether it’s the energetic highs of Face/Off, or the unintentionally hilarious lows of The Wicker Man, but it’s important that from time to time, we also get a solid reminder that Nicolas Cage is an actor, and not a punchline. In Pig, there is not a single trace of the meme-friendly Cage that has become most popular with audiences, and in its stead is the kind of Cage that we haven’t seen in far too long a time, where he’s genuinely immersed into the material to a point where you barely even see the actor’s trademark tendencies at all.

It is a haunting and deeply emotional turn by Cage, and needless to say it’s one of his very best turns in years. The movie surrounding Cage’s performance also happens to be quite powerful, in unexpectedly low-key and rather bleak fashion, but always watchable and gripping.

In the film, from writer-director Michael Sarnoski, Cage plays Rob Feld, a former chef who has retreated into the woods to live a solitary and hermit lifestyle after the death of his wife. His only companion is a truffle pig, whose strong nose helps Rob find and unearth valuable truffles that he sells onto young wannabe-businessman Amir (Alex Wolff). One night, Rob’s house is invaded by strangers who steal his pig, prompting him to reluctantly re-enter society in order to track down who took the animal and why, along with Amir’s unwitting help. Their search involves powerful businessmen, underground fight clubs, and a pivotal culinary dish that might actually solve some characters’ personal problems.

You’re probably thinking to yourself, “this just sounds like John Wick but it’s with a pig instead of a puppy.” Well, get that thought right out of your head, because this most certainly isn’t an action film or even any kind of revenge thriller (the most violent thing to happen is a character getting repeatedly punched in the face at aforementioned fight club). It is much more of a drama about this guy going through extraordinary bouts with grief and loneliness, with complex and emotional themes that stretch way beyond the fact that he’s simply looking for his stolen pig. There is such a sadness in everyone’s eyes, whether it’s the reclusive hermit with a tragic backstory, or the young entrepreneur who’s always trying to one-up his own father in the same line of business, or even the cheery chef that they encounter who gets the mother of all beatdowns without anyone ever lifting a finger. Sarnoski’s writing is carefully downbeat and gently nihilistic – Cage is given a soft-spoken monologue about how the world is soon going to end, and that there is nothing that anyone can do to survive it – while his direction keeps the dreary tone consistent but never too bleak to make viewers walk out with a bad mood afterwards.

Pig is very much the anti-John Wick, if instead of going on a killing rampage Keanu Reeves just spent the movie contemplating suicide; however, it also contains enough solid moments of real, genuine drama and heart to still make itself appealing to audiences. Nearly every character in this movie has some kind of personal arc, no matter how small their part is; aside from Cage’s protagonist, you have Alex Wolff struggling to present himself as the kind of success story he wants to be seen as, Adam Arkin as a cutthroat businessman whose own sense of grief is rekindled by a very special presentation (no spoilers, but this movie surprisingly has more thematic ties to Ratatouille than it does John Wick), and a cheery chef whose entire arc is perfectly moulded into one standout sequence. By the end, all are changed people, and it is the strength in both Sarnoski’s writing and direction that each one of these arcs feel startling realistic for the tone and atmosphere that the movie has established, making you extremely invested in every single character outside of the ones we are predominantly following.

Going back to Nicolas Cage, though, he is the reason why so much of the film sticks together as well as it does. In the hands of a much lesser actor, the movie could easily have come off as a mopey hour-and-a-half in desperate need of some anti-depressants; Cage, though, brings a strong sense of humanity to the part which allows us to identify with him and understand why he’s risking so much for this easily replaceable pig. He also gets to participate in lengthy monologues which are simply haunting, and every time you’re just sucked into his gravitas as he delivers them with gentle ferocity, all with a look on his face that makes you think that he’s going to beat someone to death at any given moment. His performance is so good that, again, you can barely tell that it’s even Nicolas Cage, for he completely disappears into the role behind his long hair and beard as well as some gnarly-looking bruised make-up.

As before, it’s the kind of Cage performance that we desperately need every now and then, if only to remind ourselves that Nicolas Cage is an Academy Award-winning actor for a reason. Unlike Willy’s Wonderland from earlier this year, which only utilised Cage for his self-aware persona and nothing else, Pig makes sure that every piece of Cage is used to maximum effect, including his ability to still deliver an outstanding performance in a film which also treats both its leading actor and its audience with a great deal of respect. It’s worth seeing for so many reasons, but especially to see Nicolas Cage at his very best.

Pig is a bleak but unexpectedly heartfelt drama which gets strong mileage out of its sombre approach to themes such as grief and loneliness, and especially its lead performance by an absolutely fantastic Nicolas Cage, who delivers some of his best work in years. 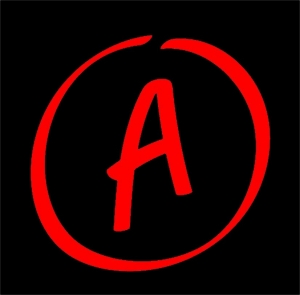 Pig is now showing in cinemas nationwide – click here to find a screening near you!