Hollywood’s biggest night has nabbed itself 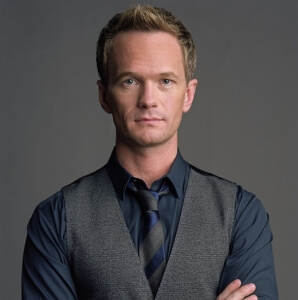 one hell of a player, with the news that Neil Patrick Harris has been chosen to host the 87th Annual Academy Awards!

Announcing his own participation on the show via a short video on MobyPlayer (which you can watch here), Harris will grace the stage of the Dolby Theatre for the first time as Oscars MC, and will be his first appearance on the worldwide broadcast since opening the 2010 ceremony with a vibrant dance number (that show was hosted by Steve Martin and Alec Baldwin, making two of the many pairs of shoes NPH will be filling in the role, from Johnny Carson to Billy Crystal and so on).

Show producers Craig Zadan and Neil Meron confirmed the news in a press release, which states how they “are thrilled to have Neil host the Oscars… We have known him his entire adult life, and we have watched him explode as a great performer in feature films, television and stage. To work with him on the Oscars is the perfect storm, all of his resources and talent coming together on a global stage.”

Harris himself says in the press release that “It is truly an honor and a thrill to be asked to host this year’s Academy Awards. I grew up watching the Oscars and was always in such awe of some of the greats who hosted the show… To be asked to follow in the footsteps of Johnny Carson, Billy Crystal, Ellen DeGeneres, and everyone else who had the great fortune of hosting is a bucket list dream come true.”

Academy President Cheryl Boone Isaacs had this to say: “We share Craig and Neil’s excitement in welcoming the incredibly talented Neil Patrick Harris… He is the consummate entertainer. Neil’s distinctive charm and showmanship make him the ideal host to honor the Oscar legacy and ensure we all enjoy another unforgettable celebration.”

Harris is a former child actor, having made his name on the cult TV show Doogie Howser, MD before going on to feature in films such as Starship Troopers and Undercover Brother. He also featured heavily in the Harold and Kumar films, playing a warped version of himself. However, he came to further prominence with a lead role in hit sitcom How I Met Your Mother, where he played serial womanizer Barney Stinson who eventually became a breakout character. From there, he has been seen in further films such as The Smurfs, Cloudy with a Chance of Meatballs and A Million Ways To Die In The West (in which he co-starred with another former Oscar host Seth MacFarlane). He can currently be seen opposite Ben Affleck and Rosamund Pike in David Fincher’s Gone Girl.

He is also a formidable stage actor and dancer, having recently graced Broadway with a limited stint in a stage adaptation of cult film Hedwig and the Angry Inch and hosted the Emmys and Tonys on several occasions.

This year’s Oscars ceremony, now with Neil Patrick Harris firmly in place as host, will take place on February 22nd 2015. The nominations will be announced on January 15th, and you can bet that Film Feeder will be there to cover it all…