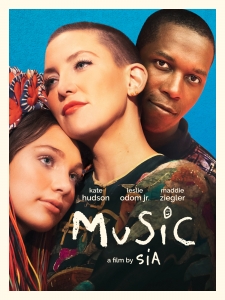 “Yikes” is a good word to describe Sia’s directorial debut Music. Its oversimplified redemption arc of a drug addict? Yikes. A script that relies way too much on convenient plotting and outdated stereotypes? Yikes. Numerous bombastic fantasy-musical sequences spliced in between the movie? Definitely a yikes.

But the biggest “yikes” of all is, as you may already know if you’ve been following this drama on Twitter, its grossly offensive portrayal of the autistic community. As someone with autism myself – Asperger’s Syndrome, to be exact – as well as heavy experience around people much further down on the spectrum, I can sadly confirm the worst: Music is not just a travesty, it’s a hate crime.

Sia’s complete failure to depict autistic people in an accurate and endearing way is immediately felt during the first few minutes, in which non-verbal autistic teenager Music (played by definitely-not-autistic Maddie Ziegler) is seen dancing heavily in the first of many outlandish fantasy-musical sequences where the colours are bright, the strobe lights are flashing on and off, and the overbearing soundtrack is turned up to ear-thumping levels. People on the autistic spectrum – myself included – have a hard enough time coping with significant amounts of sensory overload during the day as it is, so watching a movie where a gawking and grimacing autistic stereotype bounces around the consistently changing colours while strobe lights flash in the background is bound to be a physically difficult experience, even for those not on the spectrum.

It certainly sets the tone for all that follows, which sees Music’s grandmother and caregiver (Mary Kay Place) suddenly dying and leaving Music in the care of her irresponsible older half-sister Zu (Kate Hudson), a recovering drug addict. Zu is the true protagonist of Sia and co-writer Dallas Clayton’s script, with Music not even playing second-fiddle in a movie named after her; that position is filled by Ebo (Leslie Odom Jr.), a kindly African neighbour who serves as both the de facto love interest, and the unfortunate trope of what has become known as the “magical negro”, where the main (mostly white) character is given a helping hand or sage advice from a wise person of colour. A very basic story of Zu finding personal redemption as she cares for Music and gets closer to Ebo soon follows, as do a collection of extremely vivid and attention-grabbing musical interludes that are very much in Sia’s stylistic playground.

I honestly have no idea what Sia was trying to accomplish here, because so much of her film is dedicated to a loosely-strung set of sequences that barely form a cohesive plot, let alone leave any room for actual character growth. This whole thing really should have just been a music video, or at the very least an experimental visual album, because a lot of what we see here is made up of thin material that Sia struggles to stretch out to a more traditional three-act film structure. Characters will just randomly pop in and out of the movie to serve absolutely no purpose; there’s a curious Chinese neighbour whose whole arc with his abusive father is completely pointless, actors like Juliette Lewis and Kathy Najimy show up for one scene and then never resurface, and even the director herself squeezes in a self-indulgent cameo for no reason in the middle of the movie. This is a script that is such an after-thought that it pads itself out with exposition dumps to fill in some of the gaps, even working in the tired old phrase “as you know…” before explaining things to characters who already know what they’re on about (but are only saying them for the benefit of the audience).

The cause of the problems facing Music really does boil down to Sia herself; actors like Kate Hudson and Leslie Odom Jr. are trying here, but they’re constantly let down by a terrible script and some very haphazard filmmaking. There is something off about the cinematography and especially the editing in this movie, because it’s frequently cutting back and forth in the middle of scenes while also struggling to keep the camera still, which again for viewers prone to sensory overload and even epileptic fits make it all the more difficult to watch. It’s not something that can be put down to a lack of directorial experience, since Sia has directed a number of her own music videos in the past, but perhaps it’s in working within a narrative format that she fails to meet some of the more basic requirements, because often she seems under the impression that this whole thing is just another exaggerated music video and not something that requires more than just frivolous dance choreography. Even the sections of the movie where it actually does become a music video lack the depth and even the imagination of some of the singer’s most profound work, with musical numbers that suffer greatly in comparison with much of her impressive discography.

Of course, Sia’s biggest mistake of all was in her handling of the titular character’s autistic tendencies. Music is barely a character at all, and much more of a walking amalgamation of every negative stereotype of a person with autism, serving only as a narrative device for Kate Hudson’s Zu character to redeem herself for her own troubled past. Maddie Ziegler’s performance is wildly over-the-top and cartoonish, and the actress looks physically uncomfortable on-screen as she’s constantly expected by her director to keep up the charade of flashing her teeth and verbally grunting at all times. Even worse, though, are other people’s reactions to her autism; there are not one but two scenes in which Music is physically restrained by main characters as a means to calm her down when she starts having a tantrum, which as someone who has been in a situation where those with much more severe autism have needed to be looked after during an emotional breakdown, I found extremely disturbing because that kind of conduct is not just wrong but also highly abusive as it practically yanks their free will away from them. With this character and other people’s reactions to her, Sia makes her extremely misguided view of autism far too apparent, and it’s deeply upsetting to know that people will view this film and believe that it is accurate in showing what autistic people of any sorts are like, when in fact it’s perhaps the most harmful and misrepresentative depiction since Cuba Gooding Jr. in Radio.

Music isn’t just bad because of the awful and exploitative way it handles a very real neurological condition that millions of people live with every day; it is also a badly-written, awkwardly-directed and frankly nauseating attempt to use autistic people as nothing more than a manipulative device to further a more able character’s redemption arc. Autistic people are not here to be trampled over, they are people who deserve the same amount of respect and opportunity as others, even those who cannot express themselves the way that others can. This movie feels like a personal attack on all those who have to live with neurological conditions such as autism every day, because it gives off the impression that autistic people do not have as much importance as those who have a more “normal” view of the world, which needless to say is utter bollocks.

For a movie like this to exist at all in 2021 is extremely telling of where the minds of people like Sia are when it comes to the rights of those with autism, and it’s both a depressing and angering sentiment that needs serious evaluation moving forward. “Yikes”, indeed.

Music is a deeply offensive attempt by writer-director Sia to categorise autistic people as nothing more than a character-less device to help other people redeem themselves, in a badly-written, awkwardly-directed and thoroughly misguided drama that offers zero entertainment and is an endlessly cringeworthy, even dangerous, embarrassment for all those involved. 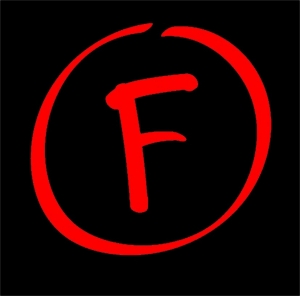 Music is out now to rent or buy on digital platforms, including Amazon Prime Video.