It looks as though the Park is going to get a major expansion if the new title for Jurassic Park 4 is anything to go by. 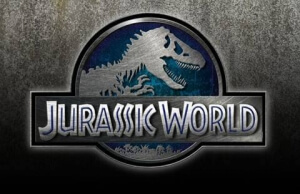 Jurassic World is its new name, as stated in the press release by Universal Pictures who also announced a June 12 2015 release date for the third sequel to Steven Spielberg’s 1993 smash hit (unknown if date is worldwide or only for the US – either way, the UK should get it pretty soon after).

Spielberg will return in a producing capacity, allowing new director Colin Trevorrow (Safety Not Guaranteed) to take the helm. He also co-wrote the screenplay, rumoured to return the action to Isla Nublar which, as many fans will know, is where the major action took place in the first film.

There, audiences discovered a world where dinosaurs were created via DNA engineering and allowed to roam free in the open while tourists would watch them – that is, until they fell under attack via a low-standard security system, a de-electrified fence and, of course, a giant slew of prehistoric creatures. The film also spun-off two fairly-popular, but lesser-received, sequels The Lost World: Jurassic Park and Jurassic Park 3, directed by Spielberg and Joe Johnson (Captain America: The First Avenger) respectively.

Jurassic World will be the first film in the franchise for 14 years, so you bet there’s going to be a lot of hype surrounding it. And since it’s out in 2015, same as Star Wars: Episode VII, Avengers: Age of Ultron, Batman vs. Superman, Bond 24, Independence Day 2, Ant-Man, Finding Dory, Mission: Impossible 5, Terminator 5, The Hunger Games: Mockingjay Part 2, the Assassin’s Creed movie, the Fantastic Four reboot and maybe even that Warcraft movie, it’s clear that Jurassic World is going to be the tip of the iceberg for what is shaping up to be one of the biggest years for movies EVER.