In the most controversial superhero casting news 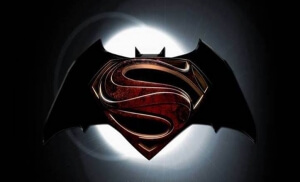 since, erm, Ben Affleck as Bruce Wayne/Batman, official news has come in that Lex Luthor and Wayne’s butler Alfred have been cast in the forthcoming Batman/Superman movie.

Jeremy Irons, best known for Dead Ringers, The Lion King and Reversal of Fortune, will play Alfred. He follows in the footsteps of actors Michael Gough – who played the character from 1989’s Batman to 1997’s Batman and Robin – and Michael Caine – who was the butler in Christopher Nolan’s Dark Knight trilogy.

But the biggest decision that is sure to attract the most negative reception is the casting of prime Superman villain Luthor, who will be played by… Jesse Eisenberg? Yes, THAT Jesse Eisenberg from The Social Network, Zombieland and the forthcoming Night Moves.

After the character’s portrayal by Gene Hackman and Kevin Spacey, Eisenberg of course would not be the first choice to take on the role in the rebooted Superman franchise. This is especially so, given that other actors like Bryan Cranston were hotly tipped for the part before Eisenberg’s casting. We are fully prepared to be proven wrong come the film’s 2016 release, as we are with Affleck’s take on the Caped Crusader, but for now we react to this casting decision with a defined “HUH?”.

However, we are interested in the direction this is taking. Perhaps casting Luthor as a young entrepreneur type is a smart update to an established comic book villain that’s been sorely needed for a good while (even though it does slightly typecast Eisenberg a touch, given his similar rich entrepreneur role in The Social Network), but the film is two years away and we don’t know what they have in store for us.

At the same time, though, we’re just a little worried that the follow-up to Man of Steel is going to become overcrowded and/or too bloated for its own good. Let’s just hope it doesn’t turn into a Transformers 2 type of situation…

At any rate, Eisenberg and Irons join Henry Cavill, Affleck, Amy Adams, Laurence Fishburne, Diane Lane and Gal Gadot in the still-untitled film to be directed by Zack Snyder. As already stated, it is scheduled for a May 2016 release.