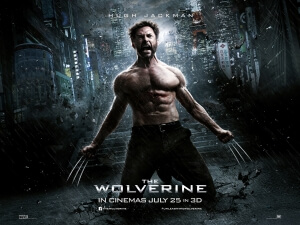 Deadline reports that Hugh Jackman and director James Mangold – who teamed up for this summer’s The Wolverine – are in negotiations with 20th Century Fox to make a third X-Men spin-off focusing on the popular character Wolverine.

The site reports that Mangold is currently making a deal with the studio to write the treatment for the movie, and to get X-Men franchise producer Lauren Shuler Donner on board as a producer. All is expected to go well in those talks, especially after the successful overseas box office performance of The Wolverine. The Japan-set sequel grossed a healthy $413 million worldwide, making it the second-biggest X-Men movie in financial terms.

Plot details are of course being kept under wraps – and seeing how a story hasn’t really been concocted yet, are you really surprised? – but what would also be assured is the return of Jackman as Logan/Wolverine. This would be his eighth turn in the role (just take that in for a second, his EIGHTH turn…) after the first three X-Men films in 2000, 2003 and 2006 respectively; the critically-savaged prequel X-Men Origins: Wolverine in 2009; a memorable cameo appearance in X-Men: First Class; of course, The Wolverine; and a major appearance in next summer’s highly-anticipated X-Men: Days of Future Past.

Should this third Wolverine movie become a reality, it will mean that Jackman joins the ranks of Leonard Nimoy, Robert Englund and Daniel Radcliffe among others who have played the same iconic character in eight separate movies. Which, as you may have sussed, is a pretty impressive record for a franchise like this. The Wolverine itself was a decent enough flick with strong direction by Mangold, so it will be interested to see what else he can bring to the character. Hopefully, he can keep on improving after the dismal Origins flick no right-minded X-Men fan would dare speak of…