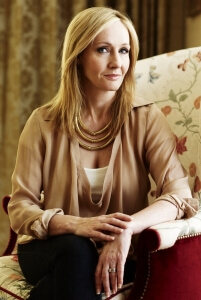 Some big news for devoted Harry Potter fans – in addition to announcing Warner Bros’ expanded creative partnership with J.K. Rowling, it was also revealed that Rowling herself would be writing a brand-new spin-off film series set within the world of magic that Rowling created.

Fantastic Beasts and Where To Find Them is slated to be the first film in a new film series that, according to Rowling herself in a press release, “is neither a prequel nor a sequel to the Harry Potter series, but an extension of the wizarding world… The laws and customs of the hidden magical society will be familiar to anyone who has read the Harry Potter books or seen the films, but Newt’s story will start in New York, seventy years before Harry’s gets underway.”

By Newt, she refers to the fictional author Newt Scamander who fans will note as the writer of one of Harry Potter’s textbooks entitled Fantastic Beasts and Where To Find Them. Rowling will concoct this new film as an original idea which will also happen to feature creatures and characters already familiar to the devoted fanbase.

As part of the renewed creative partnership, Fantastic Beasts will also be developed through Warner Bros’ video game, consumer products and digital initiatives brands, as well as expanding further on Harry Potter products including the theme parks in Orlando, Florida as well as its soon-to-open businesses in California and Japan.

Warner Bros will also serve as the worldwide TV distributor for the BBC’s forthcoming television adaptation of Rowling’s first adult novel The Casual Vacancy, which is set to begin production next year.

It’s good to see that the wizarding world will continue on the big screen in ways that don’t entirely tie in to Harry Potter’s story. If anything, most parts got overlooked in that film series so it will be highly interesting to see what else this universe that Rowling created has to offer. So, even though there’s no telling when it’s going to be released yet, the mere fact that it’s in development is more than enough to feel excitement that we will, in fact, see more of this world than ever before.