BASICALLY…: A high school girl (Rae) makes a bet to turn the most unpopular guy in school (Buchanan) into the Prom King…

Gender-swapped remakes are often just as pointless as most others, because instead of simply trying to come up with new stories for men or women to shine, they just switch “he” and “she” with each other and then sell the same material we’ve already seen. It didn’t work for The Hustle (a female-centric remake of Dirty Rotten Scoundrels), or that Overboard remake with Anna Faris in the Kurt Russell part, and does anyone even remember What Men Want, or the 2016 Ghostbusters reboot? The point is, it also doesn’t work with He’s All That, although the problems with this film stretch way further than the simple swapping of genders.

Although the original 1998 teen rom-com She’s All That wasn’t a massive success with critics, it performed strongly at the box office, and over the years has proven to have some lasting power with nostalgic audiences who see it as one of the quintessential late-90s teen flicks, to a point where its Pygmalion/My Fair Lady plot was even one of the main parodies in the underrated spoof Not Another Teen Movie. I strongly doubt that there will be as much nostalgia for He’s All That, which is a far more vapid and cynical clone of the original which frequently panders to its Gen-Z audience without any hint of self-awareness, and proves that just because you can remake something with switched genders, doesn’t mean that you should.

Filling the Freddie Prinze Jr. role here, TikTok star Addison Rae plays Padgett, who is – in quite the stretch – a social media personality with millions of online followers and corporate sponsorships, and who also apparently goes to a high school for the wealthiest and douchiest teenagers in all of California. However, her ranking comes under fire after a humiliating break-up with her massive douchebag of a popstar boyfriend Jordan (Peyton Meyer) goes viral, and in order to regain her credibility she decides to accept a bet that she can turn one of the meeker boys at school into the next Prom King. She ends up going for Cameron (Tanner Buchanan), an antisocial photographer who always looks like he’s one Radiohead music video away from shooting up the school Columbine-style, and soon Padgett gets to work with transforming him into a bona-fide hunk – though, of course, it’s not long before actual feelings get in the way of Padgett’s ambitions.

It isn’t a terrible idea to remake She’s All That for a modern audience, since its themes of image and identity would be interesting to explore in today’s filtered world of social media, but He’s All That takes such pitifully little advantage of that fact. It treats social media as a necessity in these teens’ lives instead of a problem, with almost everyone including, and especially, the lead character always looking their best and flaunting their lavish lifestyles in front of a phone screen, as though there’s no such thing as filters, so the idea of making over oneself like the plot of She’s All That suggests gets all but lost in the waves upon waves of shallow, overly-glamourised teen culture being promoted here. Cameron, the grungy outsider whom Padgett decides to turn into just another average teen douche, is treated like a total loser for not having a smartphone, and for enjoying kung fu and Kubrick movies, and for actually calling out most of the other high schoolers on their bollocks while still retaining his credibility and fine cultured tastes – but really, he’s a mere strawman for the audience to at first look down upon for his refusal to conform to typical teen standards, including a lack of social media presence which might as well be the Gen-Z equivalent of having no fingerprints. All of this is played alarmingly straight, with no jokes about the hypocrisy of it all, which makes it such a worrying message for younger viewers to potentially pick up on as they themselves start becoming lost in the toxic landscapes of social media.

Dated as it may be, not to mention corny as hell, She’s All That at least carries a level of charm with its performances, and also feels like it serves a purpose, even many years after its release. He’s All That, however, was clearly made just to capitalise on the cult success of the original – its stars Rachael Leigh Cook and Matthew Lillard even show up in supporting roles, as completely different characters to the ones they originally played – but without a hint of filmmaking merit, cast charisma, or even a soul. There’s no style to Mark Waters’ direction (which is weird, seeing how he also directed one of the early 2000s’ most influential teen movies Mean Girls), the script is lazily cut-and-pasted by original writer R. Lee Fleming Jr., and leads Addison Rae and Tanner Buchanan lack both believable screen chemistry as well as capable acting skills to make them sound far less wooden than they are. Moments that are lifted directly from the original, including its big f-bomb, arrive with a fraction of the impact that the original left, because there’s life in neither the filmmaking nor the performances to make them work, while you feel nothing for the characters because they’re either too hollow-minded or just flat-out annoying to truly care about.

Most of all, there’s simply no reason for it to exist. Sure, you can say that about a lot of remakes, but He’s All That feels especially pointless, since it retells the original story without adding anything revolutionary to the update. It’s the same movie, just with the genders reversed, and it seems that the filmmakers stopped right there when it came to figuring out a way to make this plot still feel relevant in 2021. Instead, it dates itself way more than the late-90s movie does, with its fetishized glorification of social media as a necessity in young peoples’ lives, and its desperate pandering to Gen-Zers all the way to its closing EDM remix of the original’s hit single “Kiss Me”. By that point, you’ll be telling this movie to kiss something else.

He’s All That is an insultingly pointless remake that fails to make any radical changes to the material to differentiate itself from the 1998 original, instead indulging in vapid and worryingly glorifications of social media amongst teens, without the filmmaking merit or a charming enough cast to balance its hollow self out. 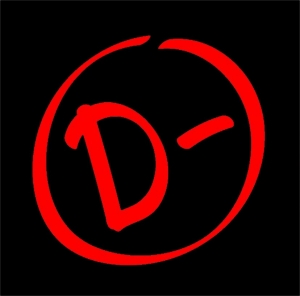 He’s All That is now available on Netflix.