Does anyone even remember the 2012 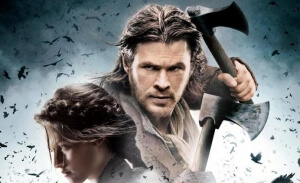 fairy tale retelling of Snow White and the Huntsman? Y’know, the one where Kristen Stewart’s fairest of them all teamed up with Chris Hemsworth’s disgruntled huntsman to defeat Charlize Theron’s evil Queen with the magic mirror? Nowadays, it’s probably best remembered for being the cause of certain adulterous relationships between certain members of the production (avoiding lawsuits is fun!) but miraculously, somebody remembered the film itself and is now putting together a sequel to it. Not only that, but  none other than Frank Darabont is in talks to direct it!

Darabont is best known for writing and directing films like The Shawshank Redemption and The Green Mile, as well as developing and executive producing the first two series of hit TV show The Walking Dead. He has also been at the helm for films The Majestic and his most recent theatrical outing, 2007’s The Mist. This would be his first foray into full-blown fantasy, and his first major studio production in quite a few years, since at least The Mist.

Interestingly, the sequel is to be more of a spin-off centring around Hemsworth’s Huntsman character, with the Thor actor returning alongside Theron in a new adventure. As for Stewart, it is said that she is unlikely to return as Snow White, and if she were to come back then it would only be for a brief cameo.

Joe Roth (Alice In Wonderland) will also return to produce The Huntsman (as it now appears to be called), which if things work out will be directed by Frank Darabont for an as-yet undetermined release date. Hopefully this means there’ll be a role for Darabont regular Jeffrey DeMunn in there somewhere…