Finding Dory Delayed To 2016, No Pixar Movies Next Year

Finding Dory Delayed To 2016, No Pixar Movies Next Year

It seems that Monsters University is going to be the last Pixar film for a good while, after it was announced that the 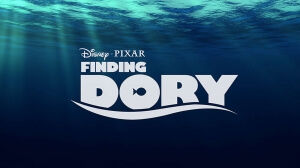 animation studio was delaying some of its forthcoming releases till at least 2015.

Their next movie The Good Dinosaur, which was to be released next summer, was pushed back a year and a half to November 2015. The film, which sees a world where an asteroid never hit Earth and allowed dinosaurs to live on to this day, recently went under a change of management after director Bob Peterson was removed from the film last month. As of time of writing, it is still without a director. A voice cast has already been announced, including Lucas Neff (Raising Hope), John Lithgow (Dexter), Frances McDormand (Fargo), Neil Patrick Harris (How I Met Your Mother), Judy Greer (The Descendants) and Bill Hader (Superbad), while composer Thomas Newman (Finding Nemo, WALL-E) has confirmed he will be scoring the film’s music.

However, the one that is sure to get fans wound up is the subsequent delay to the anticipated sequel Finding Dory. Originally scheduled for a November 2015 release (now taken up by The Good Dinosaur), the Finding Nemo follow-up has now been set for release in June 2016. Unfortunately, audiences will have to wait a little while longer to see their favourite underwater characters again, but at least it now doesn’t have to compete with much higher-calibre movies also out that year (Star Wars, Avengers 2 et al). Again, a small handful of the voice cast has been confirmed for returning director Andrew Stanton’s sequel, including Ellen DeGeneres and Albert Brooks who will reprise their roles as Dory and Marlin respectively, and Diane Keaton (Annie Hall), Eugene Levy (American Pie) and Ty Burrell (Modern Family) being some of the new additions.

Unfortunately, this means that there won’t be a Pixar film to look forward to next year which, while disconcerting, is probably healthy for their product. No-one wants to see a rushed, underdeveloped movie, especially from Pixar, and time has proven to help a film more than anyone could imagine (see Toy Story 3 as an example). So, just be patient and you will surely be richly rewarded.

And at least there won’t be a Pixar film that automatically nabs the Animated Feature Oscar in 2015’s ceremony. Finally, other studios will get the chance to go for the gold, but which ones will succeed? The answer, like Pixar’s newly-scheduled movies, is too far off to imagine.