Every Breath You Take (Review) – Casey Affleck, What Are You Doing In This?! 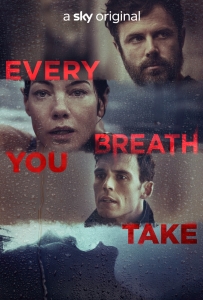 BASICALLY…: A psychiatrist (Affleck) and his family are tormented by the vengeful brother (Claflin) of a dead patient…

Apparently, director Vaughn Stein has a knack for roping in A-list talent for films which are, by most accounts, far beneath their pay grade. For his previous films Terminal and Inheritance, he was able to inexplicably bring aboard the likes of Margot Robbie, Simon Pegg, Lily Collins and Connie Nielsen in starring roles, and has now managed to hire fresh and familiar faces again with his latest movie Every Breath You Take, which boasts an actual Oscar winner as part of the cast.

Either Vaughn Stein has some serious dirt on all of these actors if he can get them to appear in these rather silly and nonsensical thrillers, which feel like they’d be more at home on something like the Lifetime Channel than any proper film outlets, or they all just happened to have the worst luck with their agents, because Stein’s movies – Every Breath You Take among them – give them almost nothing to work with other than the opportunity to act out the exact kind of thriller you’ve seen hundreds of times before.

In this film, Casey Affleck – the aforementioned Oscar-winner – plays psychiatrist Phillip, who is struggling to grieve over the loss of his young son in a car accident some years prior, as is the rest of his family including wife Grace (Michelle Monaghan) and teenage daughter Lucy (India Eisley). Instead, Phillip pours himself into his work, conducting an experiment with one of his patients – a young woman named Daphne (Emily Alyn Lind) – by opening up about his own insecurities in an attempt to earn her trust. Although it seems like the experiment is working at first, Daphne is suddenly found dead from an apparent suicide, leaving Phillip and especially her brother James (Sam Claflin) utterly distraught. Soon after, James begins to integrate himself into the lives of Phillip’s family, as he begins to destroy them from the inside out as vengeance against Phillip for his part to play in Daphne’s death.

It is exactly the kind of psychological thriller you think it’s going to be; Claflin’s sinister bad guy worms his way into the family dynamic, taking advantage of their vulnerable and fragile emotional states to turn them all against each other in different ways, all while Affleck’s supposed hero suffers all the consequences. You’ve seen so many stalker thrillers like this before, which have approached almost all of these exact plot points beat for beat, so you know virtually each and every twist that’s coming well before they’re confirmed in the script, as well as every major character arc (this being a family struggling to cope with the loss of a child, where one or more of them are finding other outlets to express themselves, the concluding point in their journey is practically a given). There’s almost nothing about this film that isn’t heavily borrowed from the stalker thriller basic guidebook, nor are there any major rug-pulls that suddenly change everything you’ve seen up to this point; Every Breath You Take just simply is another one of these movies, no more, no less.

However, the movie isn’t entertaining enough to bypass its overwhelming familiarity. It’s rather dull to sit through, emphasised by its dreary and unambitious cinematography that’s almost always overcast and focused on the blandest-looking modern buildings in sight. You’re not all that engaged with the story because, again, it’s all a bunch of stuff that you’ve seen plenty of times before, nor do you really care about any of the characters because they’re either too closed-off to allow you into their ways of thinking, or they continuously make very stupid mistakes that nobody else in their position would even think of doing; when one character makes the conscious decision to be alone with someone after they’ve clearly been wronged by them very recently, they honestly deserve everything that happens to them after.

There’s little entertainment value to get out of this film, aside from the rare occasions where some of the actors (not all of them, though; Casey Affleck sometimes acts like he’d rather be anywhere else than this movie) suddenly go completely over-the-top as Simon Pegg did in the final act of Stein’s recent film Inheritance, but other than that it’s an incredibly dull movie to try and watch. You can tell that there is some attempt by the actors to try and liven up this material, but they are ultimately left trying to inject adrenaline into a three-day-old corpse; there’s simply no saving it, no matter how hard the effort. It’s a shame because, like a lot of Stein’s past films, there is strong talent involved in this, and yet they are given virtually nothing to work with outside of an incredibly generic thriller template and direction that seriously takes it into Lifetime Original Movie territory.

It simply isn’t worth wasting your breath on something like this.

Every Breath You Take is a dreary and dull psychological thriller that does nothing with its abundance of clichés and wastes talented people on material that gives them very little to work with. 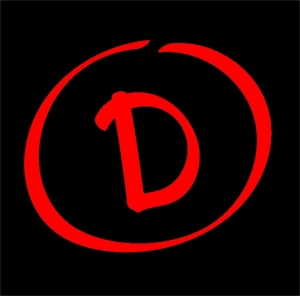 Every Breath You Take is now available on Sky Cinema and NOW TV.