For years now, right from its debut ten years ago, fans have been 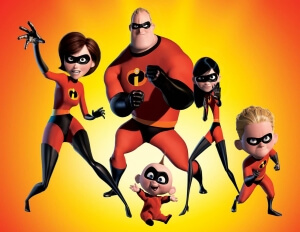 badgering Disney/Pixar to make a sequel to Brad Bird’s highly popular animated superhero comedy The Incredibles. And now, with today’s unexpected announcement by Disney CEO Bob Iger, all that pestering has paid off.

That’s right, folks, it’s official: The Incredibles 2 is going to finally be made!

Oh, and they also announced a second Cars sequel but let’s face it, you’re much more excited about The Incredibles finally getting a continuation, aren’t you?

Iger made the announcement concerning the development of both films during an annual shareholder’s meeting, also noting that Pixar – owned by Disney after it purchased the studio back in 2006 – will make them in-house with Disney to distribute.

Regarding Cars 3 – yeah, we’re groaning too – it was declared in Disney’s official press release that it is “set for development through Pixar directly”. This is semi-good news for those who loathed last year’s spin-off Planes and that film’s forthcoming sequel Planes: Fire & Rescue, which were produced by Disneytoon Studios with no real connection to Pixar. Whether John Lasseter – who directed and co-directed the first and second Cars films respectively – will return to direct this new entry is still unknown.

Also unknown, however, is whether Bird will indeed return to write and direct The Incredibles 2 as he did with the first film. The director – who has since gone on to direct Pixar’s Ratatouille and the live-action Mission: Impossible – Ghost Protocol, and is currently in post-production on Disney’s 2015 live-action adventure Tomorrowland – has declared in the past that he shall return to the world of supers and the family of Mr. Incredible, Elastigirl et al if there was a strong idea behind it. The same press release notes that Bird “remains closely tied to Disney”, so his involvement in at least the developmental stages is almost a sure thing if still unconfirmed. Rumour has it that further information is to follow within the next while, so keep coming back to check if there’s any new info!

For the moment, today’s announcement is a mixed bag – we’re getting the sequel that everyone always wanted to see, but also a sequel that absolutely nobody wanted to see. However, it’s thrilling to know that after years of hoping and praying that it becomes a reality, The Incredibles 2 is really, truly, honestly, on its way. And that, above all else, is what we can take away from this piece of news.