The Chronicles of Narnia: The Silver Chair Adaptation Is Announced

The Chronicles of Narnia: The Silver Chair Adaptation Is Announced

Audiences are to be guided back to the world of Narnia, after plans to continue the film franchise were given the green light. 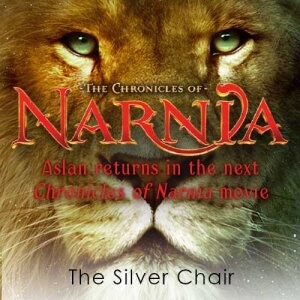 The Chronicles of Narnia: The Silver Chair will be based on the fourth book in author C.S. Lewis’ series of adventures set in the fantasy realm of Narnia, and is the result of a new agreement between The C.S. Lewis Company and The Mark Gordon Company.

In a statement, Mark Gordon commented: “”Like many readers, both young and old, I am a huge fan of C.S. Lewis’s beautiful and allegorical world of Narnia. These fantasy stories inspire real-world passion among millions of devoted fans around the world. As we prepare to bring the next book to life, we are humbled and excited to contribute to the outstanding legacy of Narnia.”

Likewise, Lewis’ stepson Douglas Gresham stated: “”I have a great deal of respect for Mark Gordon’s work and am confident that together we can bring the beauty and magical delight that Narnia engenders in the hearts of those who read the books to the screen in The Silver Chair. I am very much looking forward to diving once more into Narnia, this time with Mark Gordon and his team.”

The announcement, made by The C.S. Lewis Company, also confirms that Gordon and Douglas Gresham, along with Vincent Sieber, the LA based Director of The C.S. Lewis Company, will serve as producers on The Silver Chair and collaborate with The Mark Gordon Company on the script. Michele Wolkoff and Sara Smith will oversee for The Mark Gordon Company.

The Silver Chair follows on from the three previous entries, The Lion, The Witch and The Wardrobe; Prince Caspian; and The Voyage of the Dawn Treader. It sees the mystical lion Aslan (voiced by Liam Neeson) summon two children from our world, Jill Pole and Eustace Scrubb (portrayed in Dawn Treader by Will Poulter), to find and locate the missing son and heir to the throne of King Caspian X (previously portrayed by Ben Barnes).

The first three films have been a major box office haul, with the combined worldwide gross adding up to over $1.6 billion. The Lion, The Witch and The Wardrobe, released in 2005 by Disney, proved to be the most successful out of the bunch, but the summer 2008 release of Prince Caspian didn’t have quite the same effect for Disney with a lesser box office intake and mixed reviews. For Dawn Treader, 20th Century Fox took over the distribution reigns but the film underperformed and garnered more uneven feedback from critics. As a result, any more films based on the works of Lewis, especially the Narnia books, were put on ice.

Fortunately, thanks to this new business deal, we will see the continuing adventures in the world of Narnia on the big screen, which must be a huge delight to all fans of the books and movies.

No news on a release date for The Chronicles of Narnia: The Silver Chair, or talent in front of and behind the camera, but we will keep you updated whenever news comes in!