With Venice and Telluride wrapped and Toronto about to kick off, film festival season is here one more and to coincide is the 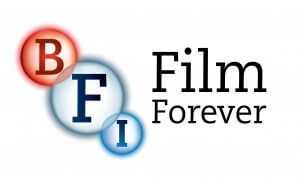 unveiling of the line-up for the 2013 BFI London Film Festival.

The opening and closing films of the 11-day festival were already announced, with Captain Phillips opening it on the 9th October and Saving Mr. Banks closing on the 20th. Tom Hanks, who stars in both, is expected to attend both galas in Leicester Square. Captain Phillips, in which Hanks stars as a boat captain whose ship is seized by Somali pirates, is directed by Paul Greengrass (The Bourne Ultimatum) and co-stars Catherine Keener (Capote) and Max Martini (Pacific Rim) among others. Saving Mr. Banks, which sees Hanks play Walt Disney opposite Emma Thompson’s P.L. Travers during the making of Mary Poppins, is directed by John Lee Hancock (The Blind Side) and also stars the likes of Paul Giamatti (Sideways), Jason Schwartzman (Rushmore) and Colin Farrell (In Bruges) among others.

The festival, as with past ones, is set to be a star-studded event with not only Hanks scheduled for attendance but also the likes of Judi Dench and Steve Coogan (for Philomena), Daniel Radcliffe (for Allen Ginsberg drama Kill Your Darlings), Carey Mulligan (for Inside Llewyn Davis), and many other A-listers!

Tickets go on public sale on the 20th September at 12pm, but if you’re lucky enough to be a member of the BFI then you’re at the front of the queue – booking for all members opens on 12th September at 9:30am, but make sure you’re quick: they’re going to sell out fast!

Click here to go directly to the BFI Film Festival website, where you can book tickets, see what else is playing, when they’re playing, and find out how to be part of the biggest film experience in the capital!