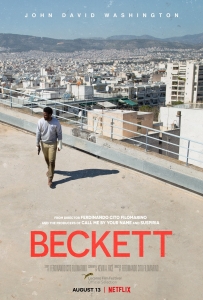 BASICALLY…: An American tourist (Washington) becomes the target of a manhunt in Greece, which forms part of a deep conspiracy…

Although last year’s Tenet didn’t exactly save cinema as much as Christopher Nolan might have hoped, it did give lead actor John David Washington an opportunity to shine in a headlining role within a major blockbuster, and even some of the more negative reviews for the divisive film had positive things to say about Washington’s natural screen charisma. It’s certainly set him on a path towards A-list territory, as does his standout performance in Netflix’s new throwback thriller Beckett, which otherwise leans a little too hard into its blatant Hitchcock influences to feel as authentic as its lead actor.

Washington plays the titular Beckett, who’s on holiday in Greece with his girlfriend April (Alicia Vikander) when the two of them are involved in a car crash into a remote cabin within the mountains, which instantly kills April. Beckett, however, finds himself immediately targeted by corrupt police when he claims to have spotted a young boy in the apparently abandoned crash site, and must race to the US Embassy in Athens before he can be caught and apprehended by the untrustworthy authorities. Along the way, he learns of a much bigger plot involving politicians, the local mob, and the kidnapped offspring of a presidential candidate; as though a Bourne film literally car-crashed into a quieter indie EU-romance like Call Me By Your Name.

I make reference to that film since its director Luca Guadagnino serves as a producer here, while his frequent second-unit director and former partner Ferdinando Cito Filomarino directs, and coupling with the fact that Call Me By Your Name’s cinematographer Sayombhu Mukdeeprom also acts as DP on Beckett, you can very quickly pick up on the movie’s European sensibilities. It is paced, shot, and sometimes even written like an international feature that would occupy arthouses instead of multiplexes (or, in this case, popping up as a major Netflix release), which does make it feel a little different than the action-beat-per-10-pages method of the more mainstream films of its type, but also makes it seem so much longer and less punchy than the viewer might want.

This means that we have to spend a lot of time with John David Washington and Alicia Vikander before they even get into that plot-igniting crash, which would be fine if the majority of their scenes together weren’t filled with eyeball-rolling dialogue that would make even Anakin and Padmé gag (“I’m having a love attack,” he unironically declares at one point during their lovey-dovey sessions). We barely get to know much about them as a couple, let alone as individuals, because nearly all that they talk about is how much they love each other, which only prolongs the inevitable when they are forced apart forever. At least in Malcolm & Marie, both he and Zendaya were talking screaming about other things aside from their love for one another; in Beckett, you’re almost wishing for there to be some kind of argument between them (and to make things more frustrating, the very first scene actually takes place after an apparent argument, which would have been more interesting to see than what follows)

And yes, they really did cast Oscar-winning actress Alicia Vikander in a role that not only could have been played by anyone, but is essentially a mere plot device to move her male co-star’s story forward instead of her own (I believe they call it “fridging”), making it one of the biggest wastes of an Oscar-winning actress since Halle Berry was hired to wear an S&M cat suit.

Even when things finally do get moving, the film struggles to maintain a certain tone and level of suspense. This is because moments of amped-up tension are often bogged down by frequent and confusing exposition, which grinds the movie to a halt so that actors like Boyd Holbrook and Vicky Krieps can pop up to conveniently fill in missing details to our protagonist. Director Ferdinando Cito Filomarino tries hard to deliver something akin to North by Northwest, but writer Kevin A. Rice simply doesn’t give him nor the actors meaty enough material to work with, whether it’s an engaging story or complex characters, or even a sense that there is something unique about this otherwise cookie-cutter international thriller.

It’s a well-shot film, and the actors really do their best – John David Washington especially; the guy shows more emotion here than he does in Tenet – but Beckett is nothing more than a mild, entirely inconvenient, filler movie that’ll be quickly forgotten by most, except for die-hard Washington completists.

Beckett wastes a solid line of actors, including impressive lead John David Washington, on a cookie-cutter international thriller which lacks the pacing, plotting and suspense necessary to be memorable. 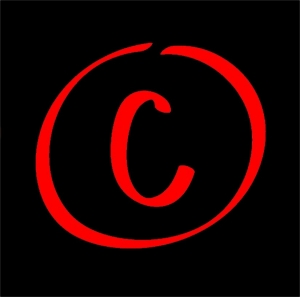 Beckett is now available on Netflix.