Awards Feeder continues with coverage of the first major critics’ circle choosing their victors for 2013. 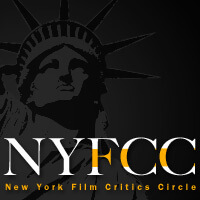 In a shock move, the New York Film Critics Circle opted in favour of David O. Russell’s forthcoming drama American Hustle, which won three top honours including Best Picture, Best Screenplay and Best Supporting Actress (Jennifer Lawrence). The film, which also stars Christian Bale, Bradley Cooper, Amy Adams and Jeremy Renner, is not out in the UK until January 3rd (though it is playing in West End cinemas from December 20th) but should now have some gravitas to compete with fellow higher-profile contenders like Gravity and 12 Years A Slave.

The latter only picked up one award – Best Director for Steve McQueen – while Alfonso Cuarón’s sci-fi epic was left out entirely, making both films previously considered to be neck-and-neck seem not as strong as one might thought. However, we have a whole season to get through and we’ve only just started, so things could easily swift back into their direction soon enough.

Other winners were Robert Redford, who was honoured with Best Actor for his near-silent performance in All Is Lost; Cate Blanchett’s Best Actress win for Blue Jasmine solidifies her Oscar chances even further; Jared Leto was a popular choice for Best Supporting Actor as a transvestite in Dallas Buyers Club; the acclaimed independent film Fruitvale Station was given the title of Best First Film for director Ryan Coogler; Hayao Miyazaki’s final animated film The Wind Rises won Best Animated Film; and the Coen Brothers’ Inside Llewyn Davis nabbed a Best Cinematography nod.

The choices were decided by a group of New York-based film critics, who met in person and voted on who should win what, also taking into consideration ballots from external members of the Circle via online or mail submission.

A full list of winners can be found below:

Were your favourites featured in their picks? Who would you have liked to have seen instead? Let us know on our Facebook and Twitter feeds, or in the comments below!

Coming up this week, we’ll hear from the National Board of Review and the Los Angeles Film Critics Circle, as well as the British Independent Film Awards! Stay tuned!