AWARDS FEEDER: National Board of Review Surprises With Her

AWARDS FEEDER: National Board of Review Surprises With Her

Awards Feeder continues, and the race for Oscar gold just got a little more unpredictable. 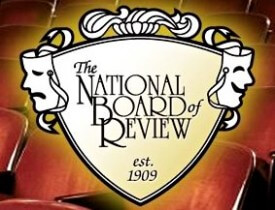 Instead of awarding more obvious contenders like 12 Years a Slave, Gravity, or even the NYFCC’s new favourite American Hustle, the National Board of Review – often considered a major stepping stone in these early days of awards season – has instead decided to anoint Spike Jonze’s Her as their pick for Best Film. Almost ignored within a field of much bigger contenders until this point, the tale of a man (Joaquin Phoenix) who falls in love with an automated system (voiced by Scarlett Johansson) was also awarded Best Director for Jonze.

With the acting categories, the honourees were Bruce Dern and Will Forte for Nebraska (Best Actor and Best Supporting Actor respectively); Emma Thompson’s turn in Saving Mr. Banks won her the title of Best Actress; and Octavia Spencer’s small but memorable turn in Fruitvale Station was enough to be awarded Best Supporting Actress.

Fruitvale Station also picked up two further wins, including Best Directional Debut for director Ryan Coogler and Best Breakthrough Performance by lead Michael B. Jordan (an honour he shares with Adèle Exarchopoulos for Blue Is The Warmest Colour), as well as a spot in the NBR’s top 10 list of films.

Other winners included Joel and Ethan Coen for their Original Screenplay of Inside Llewyn Davis; Terence Winter for his Adapted Screenplay of The Wolf of Wall Street; Hayao Miyazaki’s swan song Animated Feature The Wind Rises; and the cast of Prisoners which took Best Ensemble.

A special award went to Gravity for its “Creative Innovation in Filmmaking”, and the career collaboration of director Martin Scorsese and Leonardo DiCaprio was also highlighted as the Spotlight Award for their work on The Wolf of Wall Street.

Speaking about their top choice of Her (out in the UK on 24th January), NBR President Annie Schulhof said in a press release: “Spike Jonze is one of the most talented and visionary filmmakers working today… in Her, he explores the age-old themes of love and human connection in a completely fresh and innovative way. It is an outstanding achievement that is sure to become a new classic.”

Similar to the NYFCC, the NBR casted their votes after screening over 250 films over the past year and decided who was most worthy for what. A special gala dinner celebrating all honourees will be held on January 7th 2014.

A full list of individual winners, including the NBR’s various top 10 lists, can be found below:

Is this a fair list by the National Board of Review? Would you have given the prizes to any other films? Let us know on our Facebook and Twitter pages, or in the comments below!