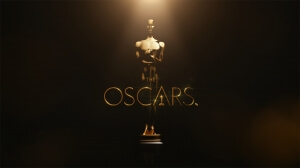 86th Annual Academy Awards! And, as you might expect, there are little disappointments and lots of excitement to be found this year.

As with the past couple of years, nine overall films have been shortlisted for the Academy’s big prize. Joining American Hustle, Gravity and 12 Years A Slave in the race are Captain Phillips, Dallas Buyers Club, Her, Nebraska, Philomena and The Wolf of Wall Street. Notable omission in this category include Saving Mr. Banks and the Coen Brothers’ latest odyssey Inside Llewyn Davis.

Alexander Payne and Martin Scorsese join Russell, Cuarón and McQueen in the Best Director categories for their respective films Nebraska and The Wolf of Wall Street. Any fears of a repeat of last year – when category frontrunner Ben Affleck was snubbed for his work on Argo – were dismissed at the mention of Cuarón, still considered to be leading the pack after his win at the Golden Globes last weekend.

American Hustle picked up nominations in each of the four Acting categories, the second consecutive year that a film by David O. Russell has pulled this off (last year’s Silver Linings Playbook had four of its actors up for awards, including eventual winner Jennifer Lawrence). Christian Bale is present in the Best Actor category; Amy Adams made it in to Best Actress; Bradley Cooper was mentioned for Best Supporting Actor; and Jennifer Lawrence once again shone in Best Supporting Actress.

Among the many actors who sadly got the shaft from today’s announcement were Emma Thompson (Saving Mr. Banks), Daniel Bruhl (Rush), Oprah Winfrey (The Butler) and Tom Hanks, whose duo hyped performances in Captain Phillips and Saving Mr. Banks were unable to pay off in either category.

Meanwhile, the contenders for Best Animated Film were The Croods, Despicable Me 2, Ernest and Celestine, Frozen and The Wind Rises (Pixar’s Monsters University failed to make the cut, in something of a shock). Disney’s acclaimed musical and Hayao Miyazaki’s final film before retirement are due to be the main competitors here, though Frozen‘s gigantic box-office intake could very well give it the edge.

Screenplay categories are usually hard to predict, but this year they’ve gotten some good ones. For Original Screenplay, the nominees are American Hustle, Blue Jasmine, Dallas Buyers Club, Her and Nebraska; and for Adapted Screenplay we have Before Midnight, Captain Phillips, Philomena, 12 Years A Slave and The Wolf of Wall Street. Again, it seems the Coen Brothers were once again snubbed by the Academy for their Original Screenplay for Inside Llewyn Davis, but no matter.

But if you’re bored by this analysis and want to skip right to the nominees, you can check out the full list below.

Tonight, the Critic’s Choice Awards have their awards ceremony. Will their picks match with the Academy’s?
By Jack Martin|January 16th, 2014|News|0 Comments