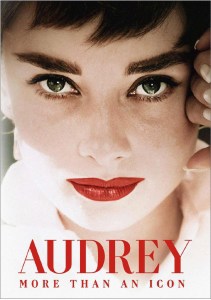 BASICALLY…: The life and times of Hollywood star and cultural icon Audrey Hepburn…

I have the feeling that filmmaker Helena Coan and the numerous talking heads featured in her latest documentary – her second, after her debut feature Chasing Perfect about car designer Frank Stephenson – are all huge fans of Audrey Hepburn.

I surmise this because Audrey barely has any negative things to really say about her, in a display of affection and adoration for the iconic movie star and humanitarian best reserved for her biggest, most idolising followers. There’s nothing wrong with showing appreciation for your subject matter in a movie, but this movie perhaps has too much love to give, to a point where it stops being a documentary and starts to feel more like a propaganda piece.

There’s no doubt that Audrey Hepburn was a true icon of the 20th century, her memorable gowns and irresistible beauty constantly shining in her films, photoshoots and numerous other media appearances, but Coan’s film seems resistant to talk about anything other that what an incredible life she lived, even when it does get into some of the actress’s lesser moments. It’s a film that thus seems less interesting than it could have been, summarising most of her achievements without much interest in balancing the good from the less-good, instead coming across as a gooey-eyed love letter that might not be so appealing outside of Hepburn’s dedicated fan base.

The documentary covers Hepburn’s life from her troubled upbringing – her parents, linked to Dutch royalty, were fascist sympathisers during the rise of Nazi Germany, and her would-be aristocratic father abandoned young Audrey at an early age which led to a lifetime of anxiety and insecurity – to her eventual big break in Hollywood, charming the world with turns in films like Roman Holiday (for which she won the Academy Award for Best Actress at the age of 24), Breakfast at Tiffany’s and My Fair Lady, to later in life serving as a full-time ambassador for UNICEF before her death in 1993. Several figures from Hepburn’s life, including her adult children, family friends and past work colleagues like Richard Dreyfuss (who acted alongside her in Steven Spielberg’s Always, her final film role) and Peter Bogdanovich (who directed her in 1981’s They All Laughed) all contribute on-camera interviews about their experiences with the actress, set to archive footage of her as well as previous soundbites where she narrated some very personal moments of her life.

Whilst being no different to other biographical documentaries out there, Audrey sets itself apart somewhat by having perhaps too great a personal fixture on the angelic qualities that Hepburn apparently possessed. It largely glosses over numerous pitfalls in her life, from her failed marriages to her deep insecurity stemmed from her father’s cold abandonment, and instead fixates on numerous people telling the camera how humble and down-to-earth she was as a person, and that her on-screen radiance could not match her real-life heart. A common theme of this documentary is how Hepburn was all about giving and receiving love, something which she was largely denied as a child in war-torn Europe; a noble attribute for a film Hepburn may have at one point starred in, but not the most riveting source for a documentary designed to explore this person’s life as deeply as it can. Instead, you’re more eager to learn more about some of the things that Hepburn might not have been so elegant about, and whenever the film hints at these things, for a moment you can see the potential being ignored in favour of more praise for the subject.

Hepburn fans will probably get the most out of this film, while those not so familiar with her life story can appreciate some little-known facts being brought up in an orderly fashion. Even then, there are parts of the film which it could have easily done without; every now and then, we are treated to some ballet sequences where Hepburn lookalikes interpret a few key events from her life through interpretive dance, and while it goes along with Hepburn’s early desire to become a dancer before going into acting, these scenes grind the film to a halt so it can lay on the symbolism thick, and don’t add much to the actual narrative other than an excuse to be artsy for a few minutes.

While you can admire Coal’s clear admiration for someone like Audrey Hepburn, it ultimately clouds her judgement and has led her to create a documentary that’s certainly loving, but not an evenly balanced investigation like it could have been. Hopefully the next filmmaker who can tackle her life story will have a bit more to say about her than this film does – and could they please cast the strikingly similar Rooney Mara as Hepburn, because that would be the best biopic casting decision since Tom Hanks as Mr. Rogers.

Audrey is an all-too-loving documentary about the iconic movie star and humanitarian, which barely balances her noble life achievements and radiant charm with fallible qualities that might have been more interesting than what we get, and doesn’t really represent the bite and complexity that Audrey Hepburn truly had.

Audrey is now available on demand.