From the God of Thunder to the God of Austrians, Thor: The Dark World director 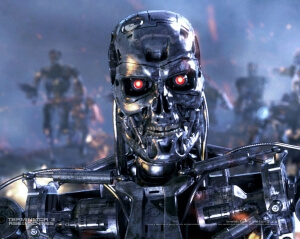 Alan Taylor has come on board to direct Terminator, the reboot of the classic sci-fi film series which starred Arnold Schwarzenegger.

Taylor, aside from directing Marvel’s next Phase 2 movie, is also known for directing episodes of TV shows like Game of Thrones, Lost, The Sopranos, Mad Men and Sex and the City among others. His film credits include the 1995 film Palookaville and the 2001 Napoleon Bonaparte film The Emperor’s New Clothes.

The first Terminator film, released in 1984 and directed by James Cameron, was well-received and introduced the world to a then-unknown Schwarzenegger. Cameron’s 1991 sequel, Terminator 2: Judgement Day, is widely regarded as one of the most influential blockbuster films of the decade with state-of-the-art visual effects and action sequences. However, 2003 saw the third film, subtitled Rise of the Machines, disappoint most audiences who felt that the entry was lesser compared to the previous two. In 2009, an attempt to reboot the franchise with director McG’s Terminator Salvation failed to make an even bigger impact and is more infamous for star Christian Bale’s on-set rant than for being a Terminator film by itself. Years of legal trouble continuously blocked a follow-up to the 2009 entry, so this new film is set to be an entirely separate reboot of the film series.

Schwarzenegger has repeatedly gone on record by saying that he will feature in the fifth film, but this is yet to be confirmed by the filmmakers and studios. Terminator is currently locked in for a summer 2015 release, with Taylor’s next film Thor: The Dark World arriving in UK cinemas on 30th October 2013.