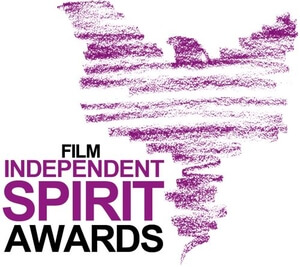 awards season, and it’s all kicked off with the announcement of the 29th Independent Spirit Awards nominations!

The awards are reserved for the very best in independent filmmaking over the past year as well as rising newcomers within the field, giving awards for Best First Feature, First Screenplay etc as well as usuals like Best Film, Director, Actor and the rest.

Rounding up the Best Film category are J.C. Chandor’s All Is Lost, nominated for a further three awards including Best Director and Best Actor (Robert Redford); Noah Baumbach’s Frances Ha, which aside from one further Editing nom was otherwise shut out; and the Coen Brothers’ Inside Llewyn Davis, which also scored a Best Male Lead nomination for Oscar Isaac as well as a Cinematography nod.

Also worth mentioning are the three nominations received for Woody Allen’s Blue Jasmine, including one for Allen’s screenplay and two for actresses Cate Blanchett and Sally Hawkins (for Best Female Lead and Best Supporting Female respectively).

The awards are a significant placement within the awards season, being amongst the first to signal the main frontrunners for bigger prizes like Oscar or BAFTA. This year, 12 Years A Slave has shown overwhelming support at film festivals and by film critics, so it is a safe bet for it to score well here. However, recent years have proven to be a commiseration prize to whatever film does NOT go on to win the Best Picture Oscar. Last year’s Silver Linings Playbook was a prime example of this, as were Darren Aronofsky’s Black Swan, Lee Daniels’ Precious: Based on the Novel “Push” by Sapphire, Ang Lee’s Brokeback Mountain over previous years. What this year has in store for its contenders is yet to be revealed, though it will be a while before we find out the answers.

The 29th Independent Spirit Awards will be held on March 1st 2014, keeping with tradition of it being held the evening before the Academy Awards.

A full list of nominations can be found below:

Someone to Watch Award

Next week, the National Board of Review announces their annual cream of the crop, as do the New York Film Critics Circle and the Los Angeles Film Critics Circle; and the British Independent Film Awards reveal their winners also. Stay tuned for another exciting instalment of AWARDS FEEDER!